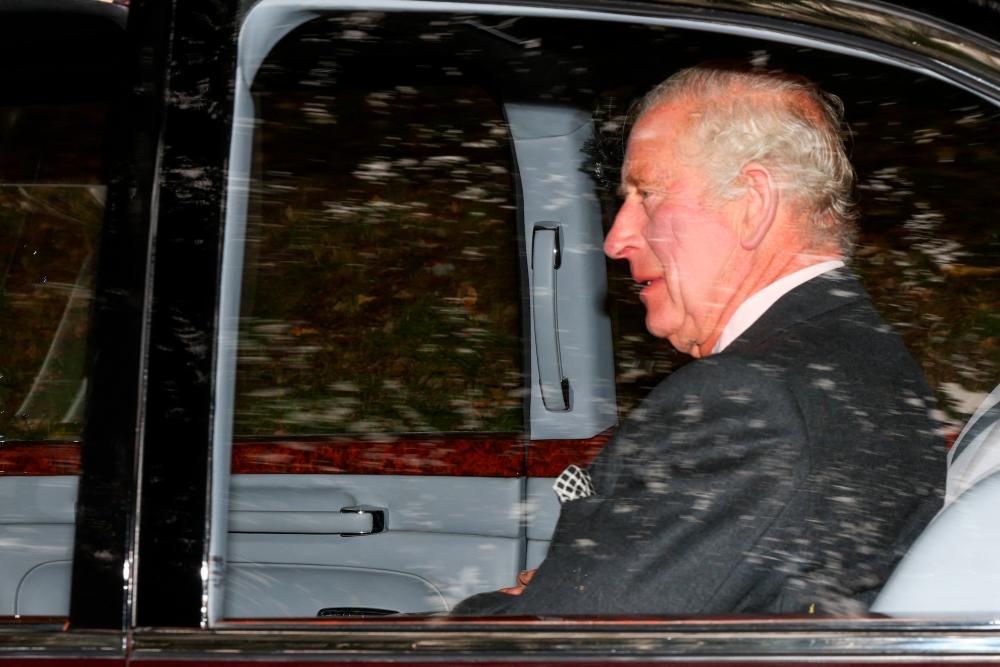 LONDON: The British aristocrat who organised Queen Elizabeth II’s funeral was on Monday to argue that he should avoid a mandatory driving ban as he needs his car to arrange King Charles III’s (pix) coronation.

Edward Fitzalan-Howard, better known as the Duke of Norfolk, pleaded guilty at Lavender Hill Magistrates’ Court in London on Monday to using his mobile phone and running a red light while driving his BMW on April 7.

Fitzalan-Howard, the highest-ranking duke in England who also holds the title the Earl Marshal, had two previous speeding offences in 2019 and faces a compulsory ban after his latest charges.

But the 65-year-old duke’s lawyer Natasha Dardashti said she would ask the judge not to implement the ban due to his upcoming role in organising King Charles III’s coronation, expected early next year.

“It is an extremely peculiar situation, whereby his grace, the Duke of Norfolk... is now the person in the country who is responsible for the coronation of His Royal Highness King Charles III,“ she said.

The lawyer asked that details of the argument be made in private due to potential national security issues.

“Given it is such an odd situation, and his grace has such a very, very particular and important role in this national coronation of a new king, I would ask this court to sit in camera (behind closed doors),“ said Dardashti.

Fitzalan-Howard was responsible for gathering 2,000 people, including world leaders and foreign royals, at London’s Westminster Abbey last Monday for the queen’s funeral, which he spent 20 years organising.-AFP