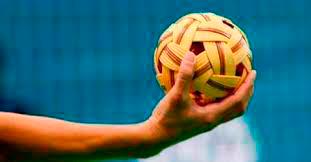 In the first set, the national line-up of Zulkifli Abd Razak, Muhammad Afifuddin Mohd Razali and Amirul Zazwan Amir who were trailing 1-9 at one point managed to fight back and closed the gap 16-17.

However, Thailand turned on their class to wrap up the first set 21-18 before coming out stronger in the second set to trounce the national squad 21-10.

National coach Mohd Rashidi Nordin said his squad suffered a major setback to the final following their defeat to South Korea in the group stage.

“Even though the national team fought fiercely, the host team continued to dominate and easily romped home to enter the final,“ he told Bernama.

Earlier, the national team suffered a shocking loss to South Korea thus ending the competition in Group B as runners-up and had to face Thailand as Group A champions.

Thailand will square off with South Korea in the final to determine the champions tomorrow.

In the meantime, the national squad will begin the challenge in the men’s team regu event on Thursday against Indonesia followed by Brunei (Friday) and South Korea on Saturday.

Mohd Rashidi said the team had a bright chance at the group stage to advance to the knockout stages.

“We have an advantage in men’s team regu. We need to put together a strategy to record victory,“ he said.

Meanwhile, Mohd Rashidi said in the team regu event, Malaysia, who will meet the Nepalese team tomorrow, has a chance to advance to the semi-finals.-Bernama