KPWKM hopes for 30% increase in allocation under Budget 2023 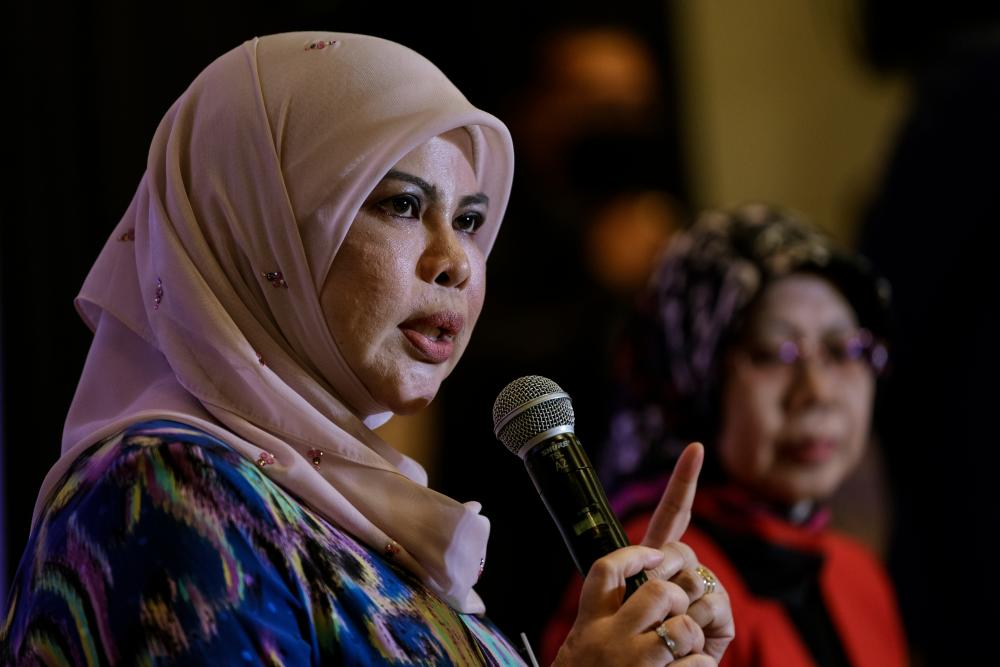 KUALA LUMPUR: The Ministry of Women, Family and Community Development (KPWKM) is hoping for an increase of at least 30 per cent in the allocation for the ministry in Budget 2023.

Minister Datuk Seri Rina Mohd Harun (pix) said the country is in the economic recovery phase, hence the need for bigger allocation for the ministry, especially in its efforts to empower women in various fields.

“We hope that there will be an increase. Every time I meet Prime Minister and Finance Minister, I push for this bigger allocation because if women are given fair opportunities, then they can help their families and the national economy.

“A study showed that with strong participation of women (in economy), there will be an increase in the country’s gross domestic product (GDP),” she told a press conference after the pre-launch of the World Women Leadership Summit 2023 (WWLS 2023) here today.

According to Rina, among the Budget 2023 proposals submitted to the government was to strengthen the Anti-Sexual Harassment Act 2021, with the enforcement to be made as soon as possible.

“...but it also depends on the budget allocation and so on,” she said, adding that the ministry also plans to continue the Wanita Bangkit@KPWKM programme under next year’s budget.

On WWLS 2023, which will be held on March 2-3 next year, Rina said the programme, which will be jointly organised by KPWKM and the Women Leadership Foundation (WLF), will be a platform that brings together women leaders from around the world for the first time.

In line with the aspiration of Keluarga Malaysia, it aims to discuss the roles and leadership of women in issues of health, science and technology, education, business, finance, governance and the environment.-Bernama