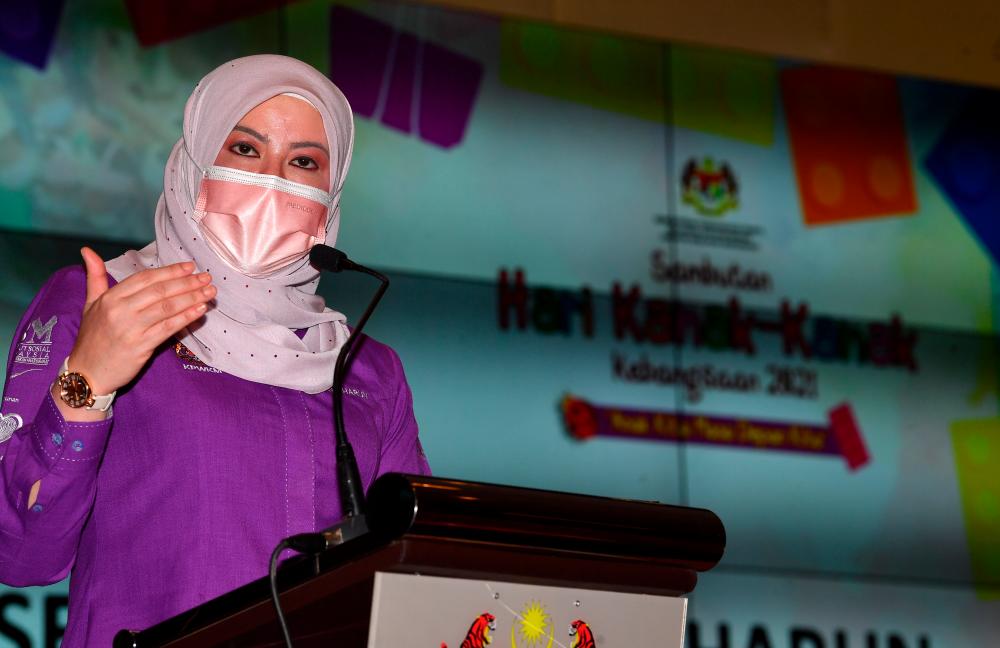 PUTRAJAYA: The Ministry of Women, Family and Community Development (KPWKM) has set up an integrated action committee to tackle cyberbullying and online sexual crimes against children.

Its Minister Datuk Seri Rina Mohd Harun(pix) said the move is in line with Malaysia's commitment to protecting children from sexual exploitation and abuse based on Article 34 of the Convention on the Rights of the Child (CRC).

“Malaysia must comply with the principles and provisions enshrined in the CRC, especially concerning children’s rights, including their survival, protection, development and participation,“ she said.

The committee is also tasked to discuss advocacy measures and appropriate interventions regarding the issues, she added.

“We (the committee) have discussed methods to tackle these issues (cyberbullying and sexual crimes against children). Among those that will be carried out is an advocacy campaign,“ she said at a press conference after officiating the National Children’s Day 2021 celebration themed ‘Our Children, Our Future’ here today.

In another development, Rina said KPWKM is drafting the National Child Development Index which will be introduced soon as an effort to improve policies related to children’s biological and psychological development.

She said the Department of Statistics Malaysia reported that as of May this year about 9.69 million or 29.3 per cent of the total population in Malaysia were children.

“Given this huge number, KPWKM, in the spirit of the Malaysian Family remains committed to ensuring the well-being of children in the best interest of the child,“ she said.

Meanwhile, Muhammad Hadif Syazwan Anas, 11, the recipient of the Hang Tuah award expressed his pride in the recognition.

Hadif Syazwan received the award for the courage he had shown in rescuing his great grandmother Kalsom Abdullah, 85, from being swept away by the floods in Yan, Kedah on August 18.-Bernama