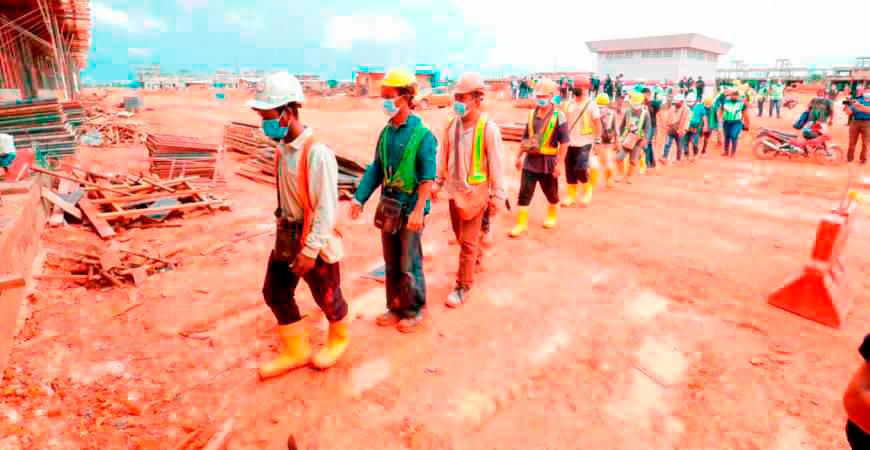 PUTRAJAYA: The Human Resource Ministry (KSM) has approved a total of 541,315 quotas for the recruitment of foreign workers until Sept 26, of which 436,613 have paid the levy.

The ministry said taking into account the existing 1.3 million foreign workers and the approved quota, the number has almost met the industry’s demand for foreign labour.

It said the requirement of foreign workers in Malaysia is around 1.8 million, which was the highest number ever reached.

In a statement today, KSM said that there are 1.3 million foreign workers in sectors that are allowed to hire and employ foreign workers, including the informal sector.

At the same time, over 612,000 migrant workers have registered and passed the Safety and Health Assessment in the source countries, while 228,321 individuals or 37.3 per cent, have received approval for Visa With Reference from the Immigration Department and are currently waiting to arrive in this country.

KSM said a discussion had been held with the industry on the issue of the entry of foreign workers and was informed that industries such as the plantation sector, which had been given quota approval, would not bring in the foreign workers all at once.

“The recruitment will be carried out in stages according to the needs and plans of employers because they have a period of up to 18 months to bring in foreign workers after the levy payment is made,” it added.-Bernama