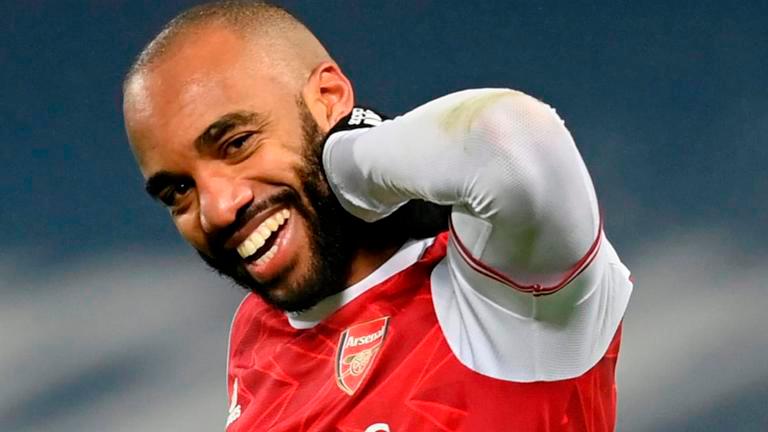 PARIS: Alexandre Lacazette(pix) scored on his return to Lyon as the hosts edged promoted Ajaccio 2-1 in a hard-fought Ligue 1 opener on Friday where both sides finished with ten men.

Former France international Lacazette has returned on a free transfer five years after he joined Arsenal for a then club record fee of £46.5 million ($58 million).

The 31-year-old striker, who signed a three year contract with the club where he made his name after coming through the youth system, scored from the penalty spot after 21 minutes.

Lacazette also played a role in the opener sending through a cross from Johann Lepenant for Brazilian Tete to score after 11 minutes.

Former Shakhtar Donetsk striker Tete, who joined Lyon after the Russian invasion of Ukraine, then won the penalty from a Cedric Avinel foul.

That allowed Lacazette to make it 2-0 for his 101st goal with Lyon ten minutes later.

But Lyon struggled in defence with goalkeeper Anthony Lopes sent off following a foul on Mounaim El Idrissy in the penalty area at the half-hour mark.

Thomas Mangani pulled one back for the visitors, firing in the resulting penalty past substitute goalkeeper Remy Riou.

“We had to win the first game at home,“ said Lyon coach Peter Bosz.

“We could see the importance of Alexandre Lacazette, the respect of the opponent for him, the support of the fans are a good thing, but he can do better.

“We were leading 2-0 after twenty minutes playing well. The sending off after thirty minutes changed a lot of things. Luckily they also got a red card which helped us.”

Ajaccio’s Romain Hamouma was sent off just before the break after picking up a second yellow card for a hand in the face of Lucas Paqueta.

Both sides had their chances in the second half with Riou denying Riad Nouri after an hour with midfielder Corentin Tolisso, also back in Lyon after five years in Bayern Munich, drawing a blank as he came off the bench with a quarter of an hour to go.-AFP 2.The women desperate to work in Taliban-ruled Afghanistan