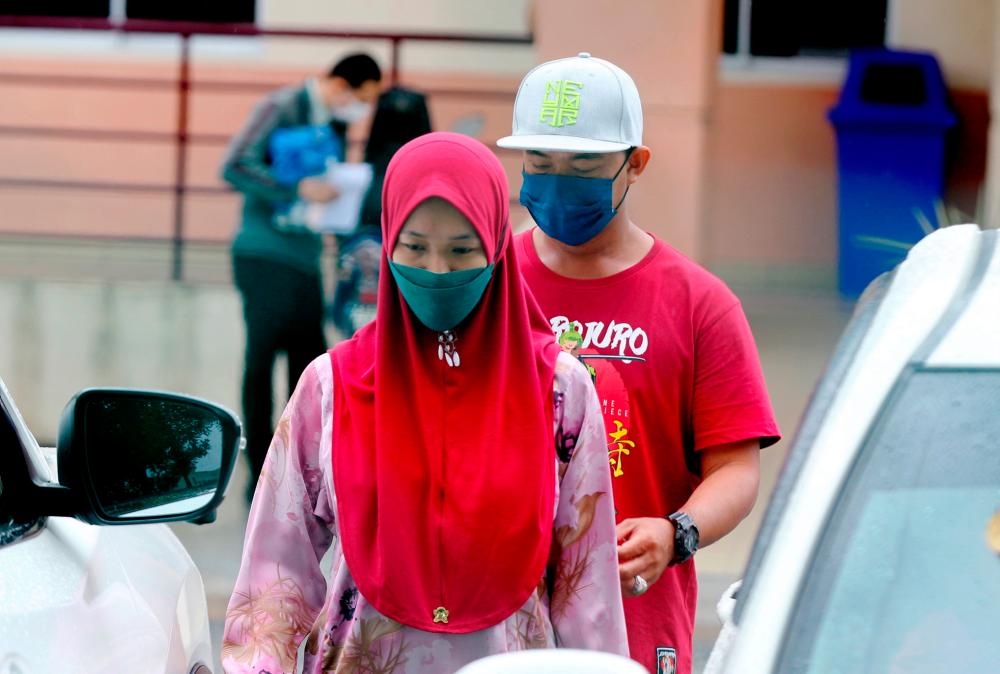 PARIT BUNTAR: The widow of lorry driver Muhammad Hafiz Hamdi, 31, who died in a landslide on the Simpang Pulai-Cameron Highlands road on Saturday (Dec 2), plans to work to support her family.

Nur Shahida Saidin(pix), 31, said she was trying to find a job at a factory close to her house so that she could manage her children easier while juggling work after her husband was killed in the landslide.

“A week before the tragedy, my husband told me that our bank savings had almost run out and allowed me to work on the condition that it was close to where we live.

“I can’t bear to work far away because the children are still young and don’t want to be taken care of by others,“ she said when met after a visit by the Taiping Social Security Organisation (Socso) Prihatin squad yesterday.

Muhammad Hafiz, 31, along with the driver of a multipurpose vehicle, Tan Chee Heng, were killed when their vehicles were buried in a landslide on Federal Route 185 , Kilometre 27.10 of Jalan Simpang Pulau-Blue Valley at 2.47pm, Dec 2.

Nur Shahida said since the incident, both her children, Nurhannan Fitri Sha, two, and seven-month-old Muhammad Hafiy Fahri often cried and would even search for their father around the house.

“They usually slept with their father and were really close,“ she said tearfully.

Meanwhile, Abdul Yunus, who is Perak Domestic Trade and Consumer Affairs, National Integration and Civil Society Committee chairman, said they would help Nur Shahidan get a suitable job near her home, apart from referring her to the Social Welfare Department (JKM) for suitable assistance. -Bernama