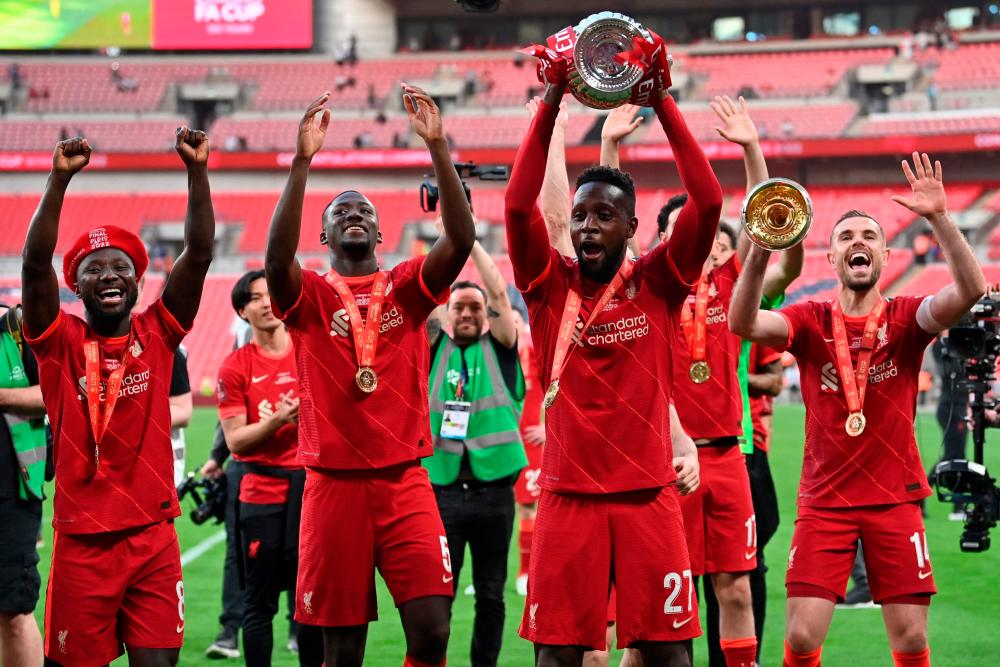 LONDON: Alisson Becker was the spot-kick hero as Liverpool secured another penalty shoot-out triumph against Chelsea to win the FA Cup and keep their quest for an unprecedent quadruple alive.

Just 76 days after the Reds edged past Thomas Tuchel's men on penalties following a scoreless League Cup final, Wembley witnessed another gripping clash between these sides that went down to the wire.

Nothing could split them after 90 minutes and extra time finished goalless again, with Alisson coming up trumps in the shootout as Liverpool won their first FA Cup since 2006.

Edouard Mendy prevented Sadio Mane striking the winner after Cesar Azpilicueta had hit the post, only for the Brazil goalkeeper to deny Mason Mount before Kostas Tsimikas struck to seal a 6-5 penalty win. 3.S. Korea to resume 136 flights on 22 international routes from June