Long road ahead to hammer out UN biodiversity blueprint 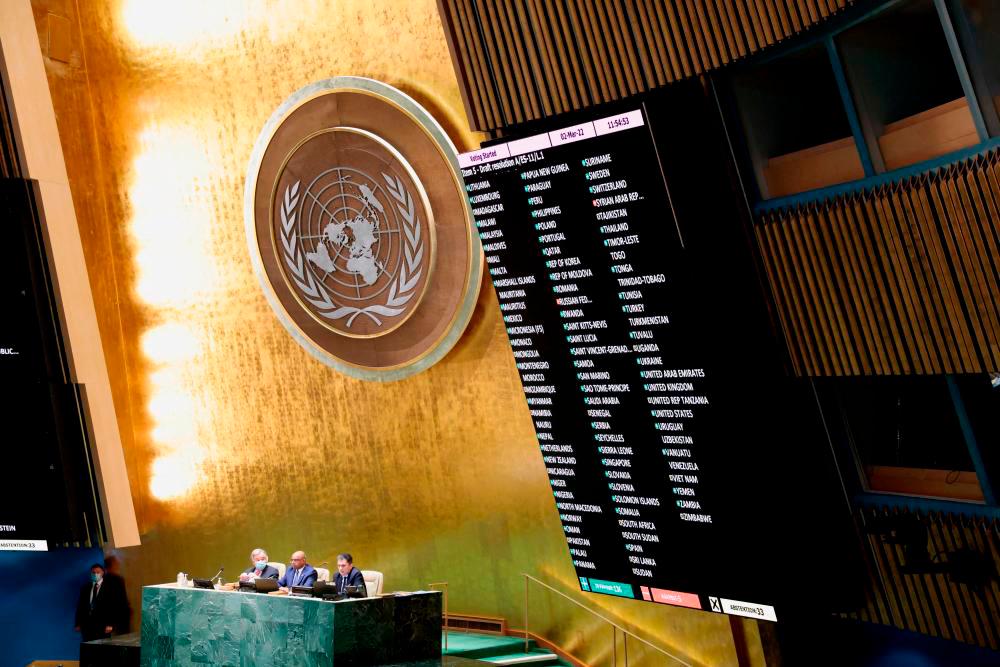 NAIROBI: Delegates from almost 200 nations have made little progress towards hammering out a blueprint for a global pact to protect nature from human activity, after almost a week of difficult talks in Nairobi.

The meetings wrapping up Sunday were aimed at ironing out differences among the UN Convention on Biological Diversity’s (CBD) 196 members, with barely six months before a crucial COP15 summit in December.

The ambitious goal is to draw up a draft text outlining a global framework to “live in harmony with nature” by 2050, with key targets to be met by 2030.

Many hope the landmark deal, when finalised, will be as ambitious in its goals to protect life on Earth as the Paris agreement was for climate change.

A closing media release from the CBD said delegates had “achieved consensus on several targets”.

Elizabeth Maruma Mrema, the CBD’s executive secretary, acknowledged at the closing news conference that progress had been “limited”.

But she added: “We cannot afford to fail.”

“There’s a lot of work -- lot more that what we thought,“ said Basile van Havre, co-chair of the CBD. But he added: “That work is doable.”

“Most of the time was spent on technical bickering, with major decisions left unresolved and postponed for the COP,“ Brian O’Donnell, director of the Campaign for Nature, told AFP earlier.

“It is now critically important that environment ministers and heads of state engage, take ownership and rescue this process.”

Delegates in Nairobi spent hours discussing formulations or seeking to introduce new elements, instead of reconciling differing viewpoints and refining rather than overhauling the text.

One delegate on Saturday night spoke of feeling “desperate”. Another described the Nairobi round as “a step” and voiced hope for further informal meetings before December.

“We need to continue with the dialogue with the intention to simplify and reduce the brackets (on the disputed issues) and alternatives,“ said Vinod Mathur, head of India’s National Biodiversity Authority.

For that to happen, warned Francis Ogwal of Uganda, one of the two co-chairs of the Kenya negotiations, “there has to be a very big shift of mind in the way we are negotiating”.

Proposals include a global commitment to set aside at least 30 percent of both land and oceans as protected zones by the end of the decade, as well as efforts to cut plastic and agricultural pollution.

But time is running out.

One million species are threatened with extinction and tropical forests are disappearing, while intensive agriculture is depleting the soil and pollution is affecting even the most remote areas of the planet.

“It’s not any longer an ecological issue only... It is increasingly an issue that affects our economy, our society, our health, our wellbeing,“ Marco Lambertini, director general of WWF International, told a press conference.

“It is a security issue for humanity.”

Lambertini accused some countries of using a “delaying tactic”, pointing the finger at Brazil in particular. Behind the scenes, Argentina and South Africa were also getting blamed.

One of the main stumbling blocks concerns agriculture, particularly targets for a reduction in pesticides and fertilisers.

The European Union wants to see the pesticide issue specifically mentioned in the text, but “there is little support” for that position, said one delegate.

Delegates from the Global South have highlighted the need to produce more, with much of the planet undergoing a major food security crisis, and reject any reference to agroecology, the use of ecological principles in farming.

“Agriculture is currently responsible for 70 percent of biodiversity loss,“ said Guido Broekhoven of WWF International, adding that it was “absolutely crucial” to fix a system where 30 percent of food goes to waste.

Countries are also divided on the issue of the funding needed to implement the biodiversity goals.

Brazil, backed by 22 countries including Argentina, South Africa, Cameroon, Egypt and Indonesia, renewed calls for rich countries to provide at least $100 billion a year until 2030 to help developing countries preserve their rich biodiversity.

The African bloc is also asking for a fund dedicated to biodiversity, according to one country delegate.

Although leaders of 93 countries committed in September 2020 to ending the biodiversity crisis, the issue is struggling to gain as much traction on the international political agenda as climate change.

“There is also a need to see where our political leaders want us to be,“ said Canada’s van Havre.

“We’re looking to see who’s going to step up to pick up that ball.”-AFP