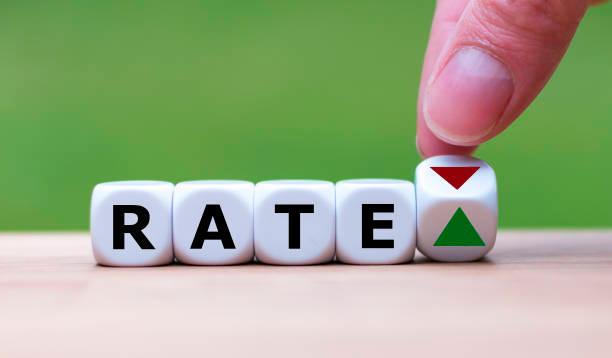 SOME mainstream economists have been busy fanning the inflation hysteria that’s supposedly upon us now and a sign of things to come because of the sustained low interest rate environment.

There’s a difference, though, between a low interest rate like 1.5% and zero interest rate. The latter is in a class of its own.

Or even a negative interest rate policy, which Sweden’s Riksbank experimented for a while off and on as the first central bank to do so.

Zero interest rate happens hypothetically when excess reserves (i.e., cash in the accounts of the commercial banks with the central bank that exceeds statutory or regulatory requirement as a hangover from the gold standard days for withdrawal purposes) held by commercial banks results in intense lending activities – on the back of the submissions of bids or quotations – ultimately driving the market interest rate down to near zero or zero.

And this is critical, all the while without the intervention of the central bank. The excess reserves are caused by the deficit spending.

In Malaysia, this could be currently represented by the Budget and totality of the stimulus packages (with reference to direct fiscal injection), including the money provided for SME lending.

In Malaysia, this inter-bank market lending and borrowing among commercial banks is known as the Kuala Lumpur Inter-Bank Offered Rate (Klibor).

Bank Negara can intervene by:

a) manipulating the statutory reserve requirement which determines what constitutes excess reserves by increasing it; or

b) issuing Bank Negara Monetary Notes (BNMN) as part of its liquidity management – to absorb or drain the interbank system of excess reserves.

The central bank could also manipulate the ceiling and floor rates of the corridor of the overnight policy rate (OPR) which currently is at 2% and 1.5%, respectively, by widening floor rate, e.g., from the current 0.25% to 0.5%.

Should a central bank in any given scenario decide not to intervene, then as a matter of course it’ll lose control over monetary policy and, by extension, the country would lose part of its monetary sovereignty.

For the private sector post-Covid-19 to play the role “as significant drivers of the nation’s economic growth”, which is integral to the long-term strategic objective of the government to drive the national recovery as envisioned by our new Prime Minister Datuk Sri Ismail Sabri Yaakob in his inaugural speech on Aug 22, a sustained low interest rate environment is vital and natural.

As highlighted in an EMIR Research article, “The Dynamic Tension Between Politics and Economics in Continuing to Steady the Economy Under the Covid-19 Era”, a higher interest rate would erode profitability because of its inclusion in the cost of production.

It also thereby contributes to inflationary pressure, the contemporary paradox of the positive correlation between interest rate and inflation, as empirically proven in the cases of e.g., the US, UK, EU, and Japan.

Core inflation in all of these countries as well as Malaysia remains low, indeed. The EU is at 1.6% (August) with UK’s declining to 1.8% (August).

Only in the US has inflation spiked up to 4.5% in June from 1.4% in January this year, which strongly suggests the (sudden) impact of reopening or post-lockdown activities.

In Malaysia, it’s at a stable 0.7% according to Bank Negara’s “Economic and Financial Developments in Malaysia in the Second Quarter of 2021”. Only Japan is lower at 0.4% (as of July), and this is despite decades of zero interest rate policy.

As argued in another EMIR Research article, “OPR – Bank Negara’s MPC could have cut further by 250 bps”, there’s room for another round of cutting by Bank Negara to 1.5%.

The same mainstream economists are also now shifting their argument towards asset bubbles caused by a low interest rate environment.

Arguably, asset bubbles as embodied by the Great Financial Crisis/Great Recession/Great Crash (2008/09) weren’t caused by low interest rates but by de-regulation and lax/light touch approach of the authorities such as the Securities and Exchange Commission (SEC), the body that oversees and regulate the securities and financial markets in the US.

The creation of new financial products such as mortgage-backed securities and collateralised debt obligations escaped the scrutiny of the SEC prior to the Great Crash.

While it is true that low interest rates would compel investors to search for higher yields or returns, this hasn’t translated into inflation or a market bubble.

Instead, quantitative easing (QE) as the other tool of the central bank to flatten the long-term yield curve (such as the 10-year US Treasury bonds) has in turn compelled investors to dump their holdings at the secondary market with the Federal Reserve, in what’s tantamount to back-door debt monetisation.

In turn, investors invested heavily in derivatives, another type of speculative finance (“riskier” class of assets).

The derivatives manipulated the underlying stock and supply of commodities, for example, by taking advantage of the futures contracts that locked in their movement.

And, critically, speculation in one commodity (i.e., oil) has an adverse impact on other commodities (crop/food, e.g., wheat).

This is because there’s a positive correlation. Higher oil prices are transmitted or passed on as supply chain or logistical costs to the supply itself.

That was then, when QE exported inflation to the “rest of the world”, especially those heavily reliant on food imports on the back of balance of payment deficits and weak currencies vis-à-vis the US dollar (except developed countries). In a Covid-19 environment, and with the benefit of hindsight, there’s no danger of returning to the stagflation of the 1970s (caused by the oil production shock) or the food price crisis succeeding the Great Crash propelled by QE.

Our local economists are in agreement as reported in “Risk of asset price inflation low in Malaysia”. To quote from this article:

“Asset price inflation, which is posing a threat in some Western economies, is unlikely to rear its ugly head in Malaysia amid the country’s low interest rates and massive stimulus packages. Even as the central bank has kept key benchmark interest rate at 1.75% for some time, coupled with a cumulative fiscal stimulus of RM380 billion since last year, economists agree that asset-price inflation risk is lower, thanks to the preemptive macro-prudential measures and responsible bank lending practices introduced in late 2010, following the 2008-2009 US subprime crisis”.

With the latest announcement by Finance Minister Tengku Datuk Seri Zafrul Abdul Aziz that the government is seeking to increase our debt-to-GDP ceiling from 60% to 65% for fiscal policy purposes, no less, the monetary policy side can be coordinated by the lowering of our OPR from 1.75% to 1.5% and to be left at that for the long term.

Such fiscal monetary policy coordination should be deepened to extend to synchronisation between issuance of BNMN by Bank Negara and Malaysian Government Securities (MGS), for example, by the Treasury (Finance Ministry).

This envisages an expanded role of BNMN as “market-measuring instrument/device” of the magnitude of market sentiment and appetite for public sector bonds, playing a role in shaping the rate and yield by which the MGS coupon can be set/determined (prior to the fixing as well as the tendering and bidding or auction process) and the size of issuance.

And hence, indirectly playing a role of moderating and “regulating” the size of government debt and by extension influencing the government’s deficit decision, “reverse transmission mechanism”.

Lastly, the pre-budget statement initiated by Tengku Zafrul could be perhaps accompanied by a “forward guidance policy note” by Bank Negara, setting out in advance the policy aims of the central bank in what would be a form of nominal GDP targeting.