Lukaku starts for Chelsea in FA Cup final against Liverpool 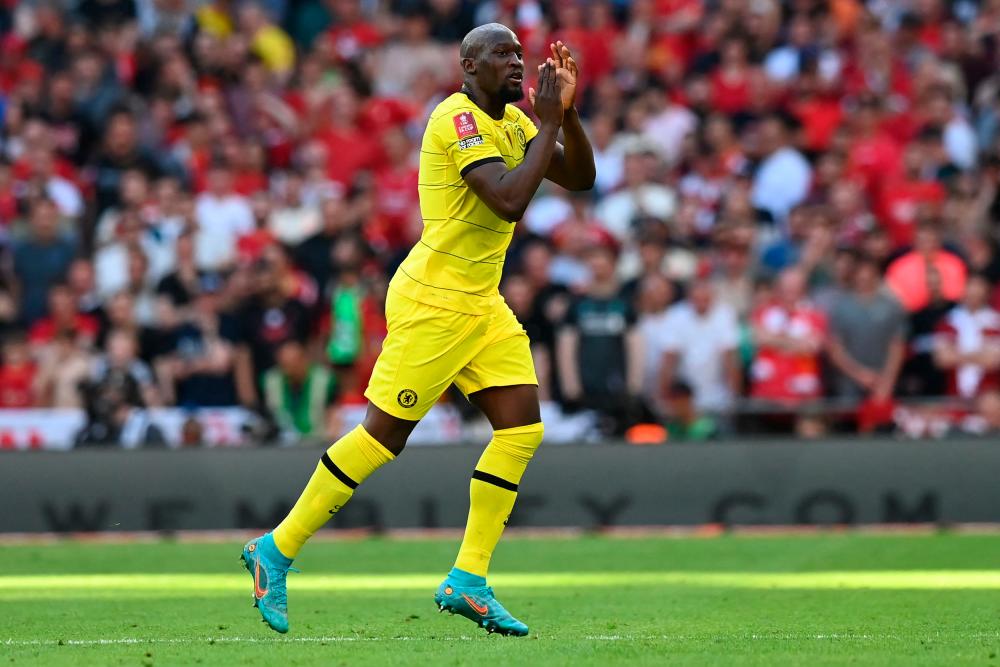 LONDON: Romelu Lukaku(pix) was named in Chelsea's starting line-up for the FA Cup final against Liverpool on Saturday, just 24 hours after his agent said he wanted to talk to the club's new owners about the Belgian striker's future.

Chelsea boss Thomas Tuchel had insisted the latest controversy involving Lukaku would not be a distraction.

And, with Kai Havertz suffering from hamstring issues, Tuchel picked Lukaku as his centre forward at Wembley.

He angered Tuchel in December when he hinted he wanted to rejoin Inter and said he was unhappy with the way he was used at Chelsea.

According to reports in Italy, the striker's agent Federico Pastorello wants to speak to Chelsea's new owner Todd Boehly about a potential move back to Serie A.

However, Lukaku responded on Friday by claiming he was not involved in pushing for talks over his future.

Lukaku had scored his first Premier League goals since December with a brace in last weekend's draw against Wolves and he netted again in the midweek win at Leeds.

Tuchel made just one change from the Leeds game as Thiago Silva returned in defence in place of Andreas Christensen.

Mateo Kovacic was fit to start in midfield for Chelsea despite suffering a recurrence of an ankle injury that left him with a heavily swollen foot at Leeds.

Quadruple chasing Liverpool, who beat Chelsea on penalties in the League Cup final in February, featured five changes from their win at Aston Villa on Tuesday.

Injured Brazilian midfielder Fabinho was replaced by Jordan Henderson, while Mohamed Salah was back in for Diogo Jota.

Curtis Jones made way for Thiago Alcantara, Andrew Robertson returned at left-back and Ibrahima Konate started instead of Joel Matip at centre-back.

Liverpool are hoping to win the FA Cup for the first time since 2006, while Chelsea are in the final for a third successive season.

Beaten by Leicester and Arsenal in the previous two finals, Chelsea last won the FA Cup in 2018.-AFP