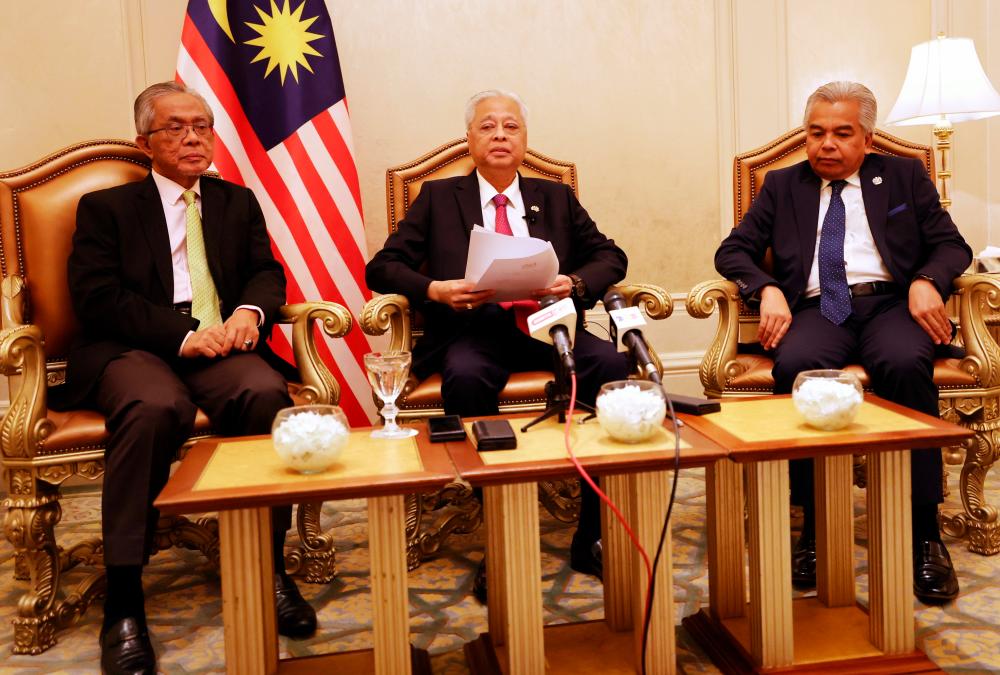 ABU DHABI: Malaysia is hoping that the United Arab Emirates (UAE) will use its status as a non-permanent member of the United Nations (UN) Security Council to highlight international issues such as Palestine and Myanmar.

In fact, Prime Minister Datuk Seri Ismail Sabri Yaakob said the UAE can play an active role in the issues of Palestine and Myanmar, especially those related to Rohingya refugees, during its UNSC membership period from 2022 to 2023.

“The UAE President and I have talked about the unresolved Palestinian issues...the UN and the world’s major powers are not serious. I have reiterated Malaysia’s view that all countries should be sincere in finding solutions to Palestinian issues,” he told a press conference here today in conjunction with his working visit to the UAE.

The prime minister said during his meeting with the UAE President Sheikh Mohamed bin Zayed Al Nahyan at the Presidential Palace on Monday, he also expressed hope that other Muslim countries would share a similar view on the Palestinian issues.

“In the matter concerning the conflict in Ukraine, the world responded very quickly, sanctions were imposed on Russia even without the UN’s approval. This contravenes the UN’s principle that the imposition of sanctions must be approved by the UN. In Palestine, the land was taken by force and people were killed and this has been going on since Israel was established,” he said.

Ismail Sabri said other than the issues of Palestine and Myanmar, he and Sheikh Mohamed also discussed and exchanged their views on UN transformation, veto powers, and the proposal for each continent to have a representative in the UN Security Council.

During the meeting, the prime minister said he had expressed appreciation for the UAE’s donation of US$6 million for the Sheikh Zayed Al Nahyan Chair at the Institute of Strategic & International Studies (ISIS) Malaysia.

The Chair was established to promote universal peace through research, international conference and dialogues, he said, adding that he also invited Sheikh Mohamed to make an official visit to Malaysia.-Bernama