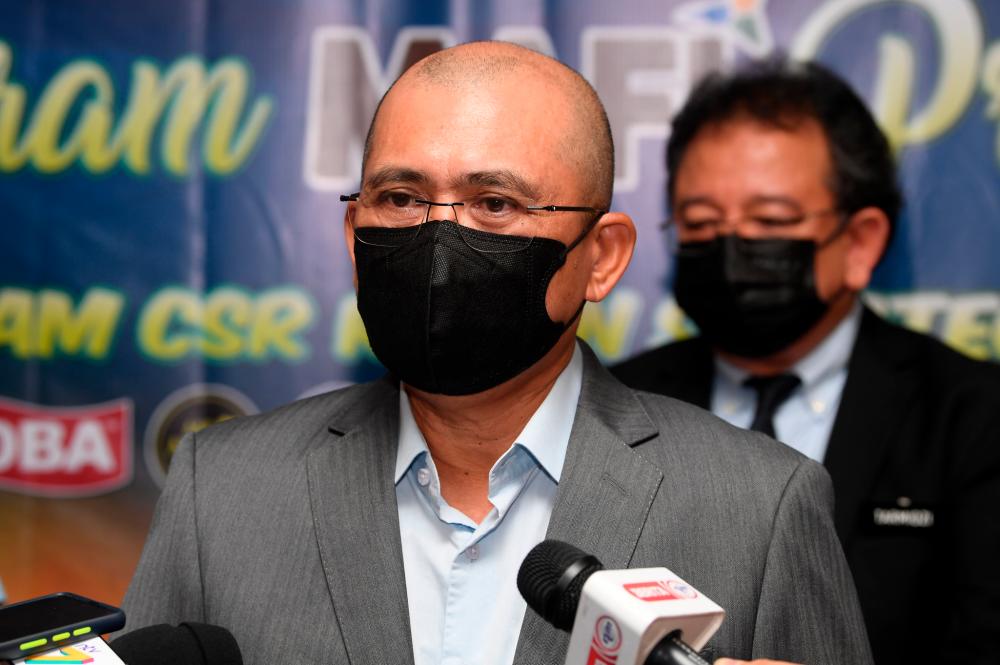 He said the programme involved four states in the peninsula, namely Pahang, Selangor, Perak and Kedah, while the implementation of it in Kota Belud, Sabah was under discussion.

“The Smart SBB programme is a concept of private sector involvement with entrepreneurs or padi land owners in our country for strategic collaboration that is expected to increase the level of national self-sufficiency (SSL) in rice production.

“Currently, the country’s rice SSL is 70 per cent and under the 12th Malaysia Plan, the SSL is targeted to increase to 75 per cent, while 80 per cent is targeted in the next 10 years,“ he told reporters after attending a Sentuhan Kasih Tani programme in Kampung Bauto here. today.

The Smart SBB programme is part of the National Food Security Action Plan 2021-2025 that encourages cooperation between padi farmers and the private sector to increase the farmers' income, thereby increasing the country's rice SSL.

Earlier, Ronald had said that the government had allocated RM63.32 million so far to MAFI for the success of the Kebuniti (Community Garden) programme nationwide.

He said the programme had provided benefits from the economic and social aspects, besides generating employment opportunities and supporting the food needs of urban and rural residents.

According to him, from 2014 to last year (2020), a total of RM28.82 million was allocated for the Kebuniti programme, including RM10 million under the National Economic Recovery Plan (Penjana), which has benefited 165,207 people nationwide.

“Following the encouraging response from the community, it has prompted the government to provide an additional allocation of RM30 million this year (2021), apart from an annual allocation of RM4.5 million which has benefited 39,608 people involving 25,775 locations nationwide,“ he said.-Bernama

Drop in number of marriages in 2020

The conduct of elections has to come from EC, not Ministries

Nagaenthran has been accorded full due process under the law

2.The conduct of elections has to come from EC, not Ministries

4.Nagaenthran has been accorded full due process under the law

5.’Lot of concern’ over Russian military activity near Ukraine