Malaysia does not give citizenship easily - Home Minister 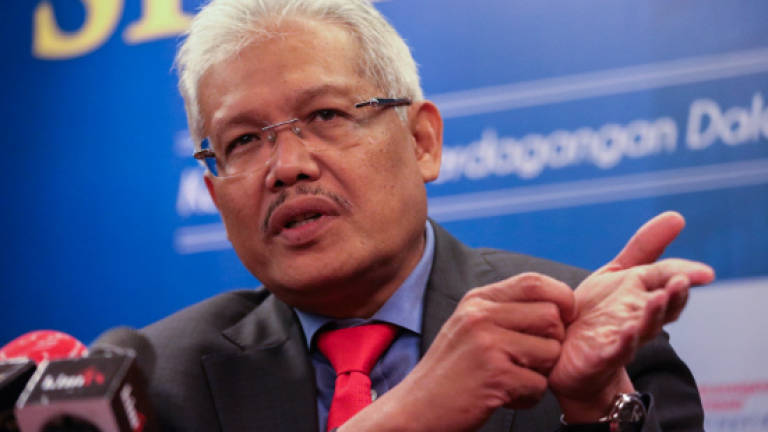 KUALA LUMPUR: Malaysia is a sovereign country that will not give citizenship easily, including to stateless children, according to Home Minister Datuk Seri Hamzah Zainudin (pix).

He said being born in the country does not entitle a person to automatically obtain Malaysian citizenship.

The citizenship status of an individual is determined on the basis of the biological parents’ nationality and the legal status of the marriage at the time of birth, in line with provisions under the Federal Constitution, Citizenship Rules 1964 and other related legislations, he explained.

“Parents and guardians of stateless children or individuals whose citizenship status have not been determined should submit valid supporting documents to the government before their citizenship applications can be approved as there had been many citizenship-related cheating cases reported,” he said during question time at the Dewan Rakyat sitting here today.

The minister said this in reply to Dr Kelvin Yii Lee Wuen (PH-Bandar Kuching) who wanted to know about the government’s plan to ease the process for stateless children in the country to obtain Malaysian citizenship so that the problem could be solved faster and in a holistic manner.

Hamzah said the Home Ministry had improved the Standard Operating Procedure (SOP) for Citizenship Application under Article 15A of the Federal Constitution with shorter processing period for complete applications received from this year.

He said the improvement of the SOP was based on compliance with the provisions under Part III of the Federal Constitution and the Citizenship Rules 1964 and also took into account various aspects including the welfare of the applicants without neglecting the safety and wellbeing of the existing citizens.

Replying to a supplementary question from Datuk Seri Mohd Shafie Apdal (Warisan-Semporna) on the solution to the stateless children issue, Hamzah said:

“What’s important is for us to see that if we cannot give citizenship, we will make sure that they have an identity to live in our country. For me, they are citizens of the world, whether they are in Sabah or elsewhere.

“They are human and that’s why we have to ensure that they have an identity...that’s what we should do, not simply giving citizenship to all stateless children,” he said. -Bernama

2.Iceland's volcanic eruption the longest in half a century

4.Mosques in Perlis to open fully from Wednesday