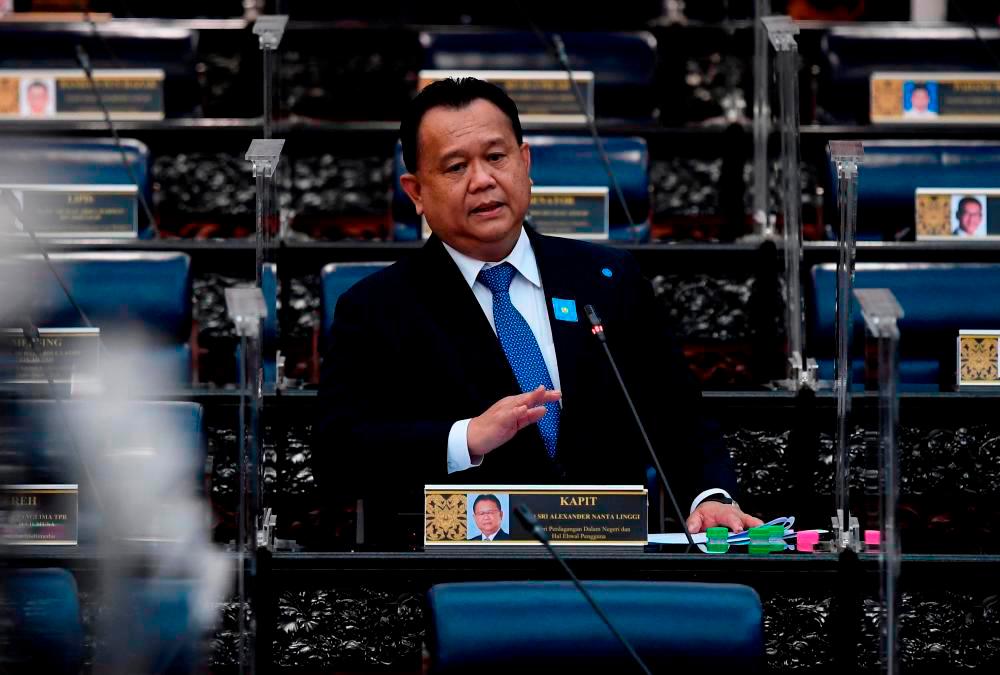 KUALA LUMPUR: The country’s low inflation rate is driven by the government’s initiatives and proactive measures in providing subsidies and ensuring Keluarga Malaysia (Malaysian Family) members are not overly burdened by the cost of living.

Domestic Trade and Consumer Affairs Minister Datuk Seri Alexander Nanta Linggi (pix) said the inflation rate could have reached up to 10.6 per cent if there was no intervention from the government and the effects of implementing subsidies, adding that the strategies under the National Monetary Policy have resulted in the country’s inflation rate remaining at a manageable level.

He was replying to a question from Datuk Seri Anwar Ibrahim (PH-Port Dickson) about the Special Task Force on Jihad against Inflation during the question-and-answer session at Dewan Rakyat today.

Nanta also dismissed allegations that the subsidy for several basic items was withdrawn. Instead, he said that the amount continues to increase.

Meanwhile, Nanta said the establishment of the Special Task Force on Jihad Against Inflation is a cross-ministerial synergistic collaboration aimed at dealing with the cost of living and controlling inflation.

Among the things the special task force has done was expanding the Keluarga Malaysia Cheap Sale programme involving 512 state assemblies, allowing the public to purchase goods up to 20 per cent cheaper than the market price, he said.

The cheap price is a direct benefit of the price subsidy involving an allocation of RM100 million, he added.

He said the government will continue to control the price of chicken and chicken eggs as well as provide livestock farming subsidies amounting to RM1.1 billion, in addition to introducing the Keluarga Malaysia Menu under the Student Food Basket Programme Initiative.-Bernama