Malaysia to move to Covid-19 endemic in October: Khairy 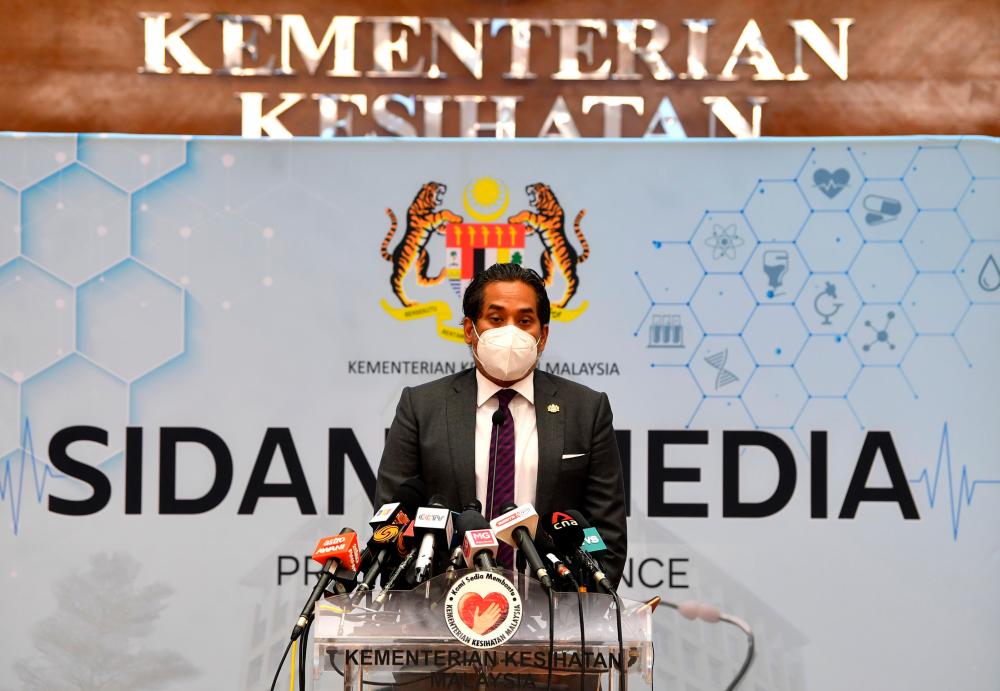 PUTRAJAYA: Malaysia is expected to move from Covid-19 pandemic into the endemic phase by the end of October, said the newly-minted Health Minister, Khairy Jamaluddin Abu Bakar(pix).

He said this move was in line with the government’s target to ensure at least 80 per cent of the adult population in the country is fully vaccinated by then.

However, he said even though the country has managed to control the coronavirus, the community needs to accept the fact to “live with the virus”.

“If you look at the cases in Labuan and, to a lesser extent, Sarawak, they are already in an endemic phase. I can say that by the end of October, we will reach the endemic phase where we start living with the virus,” he said at his first press conference on the development of the Covid-19 here today.

Even though the country is entering an endemic phase, the people would still have to adhere to the standard operating procedures (SOP) and self-control to enable more sectors to be reopened with new norms being practised, he added.

He said the government will announce several measures to simplify the existing SOP so that it is clear and not complicated for people to practise.

“This is consistent with the approach of countries that have gone from total containment to endemic phases, where new norms were introduced for us to live safely and healthily even though the virus is still among us,” he explained.

Khairy said the government would continue to make mask-wearing mandatory.

“We have seen how some countries had to make mask-wearing compulsory again following the emergence of more contagious variants. So we will retain the mask mandate,“ he said.

“When (the nation) is moving to the endemic phase, it is very important to take self-responsibility for home quarantine. If we cannot comply with the conditions set for home quarantine and self-control, we will not be able to live with this virus,” he said.

Endemic refers to the occurrence of a constant presence of a disease or infectious agent in particular areas or districts at a low and stable rate. Dengue remains endemic in Malaysia. -Bernama