Malaysia urged to fortify itself against likely US recession 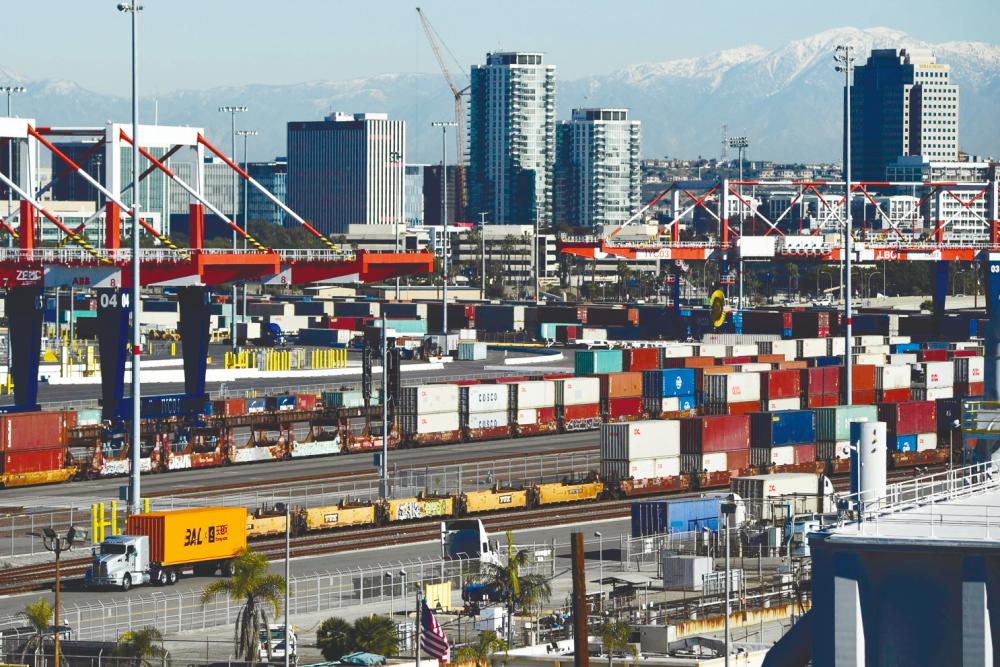 A view of Port of Long Beach in California, US. A full-year contraction of the US economy in 2023 is not ruled out. – AFPpix.

PETALING JAYA: As recession risks in the United States increase, researchers and economists are urging Malaysia to prepare in terms of doing all it can to protect the country’s economic health and self-sufficiency.

EMIR Research head of social, law & human rights Jason Loh Seong Wei said the only way out of this possible quagmire is to prepare for it by focusing on food security and self-sufficiency as well as strengthen regional cooperation and integration and deepen Regional Comprehensive Economic Partnership linkages.

“It can’t be emphasised strongly enough that this is very critical for our balance of payments (BOP) and foreign exchange (forex) holdings which in turn correlate with our overall economic survival capability and security,” he told SunBiz.

“If we are not careful, we might see a steady depletion of our forex holdings, although not at the rate of Sri Lanka’s. Already Bank Negara Malaysia’s (BNM) current holdings have seen the largest drop in seven years, capable of only servicing 5.5 months of retained imports, 1.1 times our short-term external debt. Sizeable capital outflow is expected in the coming months due to the rising federal funds rate in the US as well as a huge import bill for food, repatriation of foreign direct investment remittances, and rising capital goods imports,” he said.

Loh raised these points because of the rising possibility that the US economy will go into recession next year, although it could be a short and shallow one. He said the US economy could well already be in what is the beginning of a technical recession as quarterly gross domestic product (GDP) growth contracted by 1.4% in the first three months of 2022.

According to the Atlanta Federal Reserve branch via its GDPNow tracker, the next quarter is expected to also be on a downward trajectory, at most gaining 0.9% growth, which isn’t enough to offset the first-quarter contraction.

If so, there could be a slowdown in Malaysia’s exports and a reduction in the current (trade) account surplus in the second half of the year onwards as well as a technical recession in 2023 as the US is a top market.

China could also be affected. The world second largest economy’s GDP projection for 2022 has been halved to 4.3% due to factors such as its strict Covid-19 lockdown measures. which means more pressure on the yuan, and therefore the ringgit.

“More downward pressure on the ringgit won’t necessarily boost our exports when the US goes into recession. It will hurt our imports more, making them more expensive. This would further hit our purchasing power which then would force the private sector and households to either even leverage (borrow) more which is highly unsustainable given the current debt levels, or cut back. With rising OPR in view, higher debts will quickly translate into non-performing loans and bankruptcies. Cutbacks will also lead to lower sales and purchases in the economy,” Loh explained.

Thus, Malaysia is set to head into choppy waters that could translate into some kind of a “perfect storm” due to the confluence of both external and domestic forces, with the latter impacted by the former.

Meanwhile, HELP University professor of economics and finance Professor Paolo Casadio opined: “A US real recession will affect Malaysian growth and further weaken investment, the most problematic aspect of this recovery. It is possible to expect a contraction on a quarterly based from two quarters (technical recession) to six or eight. GDP growth in 2022 can go near zero and in 2023 we could see also a full-year contraction of the US economy.

He said a longer, deeper and more disrupting effect on the Malaysian economy would happen in the second case when the destruction of wealth will be produced by the crisis in the stock market and the housing market. That crisis would be much more difficult to manage, implying a crisis in the whole international system based on the US dollar and the fiat money system.

“Huge fiscal packages will manage the crisis but we will pay a tough bill later on. Anyway, in case of an international recession, there will be also international emergency support to the economies. I denominated the risky scenario the ‘catastrophe’ and I attached to it a 40% probability,” Casadio said.

Malaysia University of Science and Technology provost for research and innovation Geoffrey Williams thinks Malaysia should get through a recession if it is a technical one that is shallow. He suggested keeping the economy running with low-interest rates if Malaysia had to go through a “full-blown” recession.

“(Hence) then we will see a deeper contraction as demand falls, businesses struggling with revenue, higher debts, higher unemployment and falling living standards,” he said.

Williams said the most positive scenario is growth of around 5% in line with forecasts by the government, BNM and the World Bank. The assumption is that “everything will go smoothly” converging to a pre-pandemic scenario, which has a 10% probability. 1.Cooking oil: 17 per cent of traders selling below maximum price

4.M’sians tighten their belts as inflation eats into income