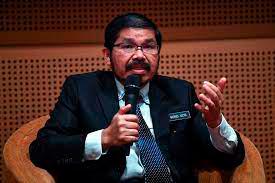 The department said the increase surpassed the average inflation in Malaysia for the January 2011-May 2022 period (1.9 per cent).

Chief statistician Datuk Sri Mohd Uzir Mahidin said food inflation continued to rise to a new high at 5.2 per cent -- the highest since November 2011 -- with 93 per cent of items in the group recording increases.

“Out of the items, 29.4 per cent recorded increases in the range of less than five per cent, 37.7 per cent saw increases of between five and 10 per cent, while 32.9 per cent rose by more than 10 per cent,“ he said in a statement today.

Transport increased by 3.9 per cent followed by restaurants and hotels (3.7 per cent), furnishings, household equipment and routine household maintenance (2.9 per cent), miscellaneous goods and services (1.9 per cent), and recreation services and culture (1.8 per cent).

Meanwhile, housing, water, electricity, gas and other fuels, registered an increase of 1.2 per cent, while education climbed one per cent.

Both alcoholic beverages and tobacco, as well as health, inclined marginally by 0.4 per cent while the communications group remained unchanged from the same period of the preceding year.

“Meanwhile, a significant increase for food away from home can be seen for rice with side dishes (8.3 per cent), roti canai (7.8 per cent), food made from noodles (5.7 per cent), and cooked chicken (5.1 per cent),“ he added.

He said the rising cost of feed coupled with an increase in demand contributed to the increase in chicken price this time around.

“The surge in vegetable prices in the market at the moment was mainly attributed to the rising of fertiliser prices, logistics costs, labour shortage, and weather conditions,“ he said.

“Nevertheless, the implementation of subsidy prices of RON95 petrol and diesel has eased the inflation in this group, while the RON95 unleaded petrol remained unchanged at RM2.05 per litre since March 2021,“ it said.

Commenting on the inflation at the state level, Mohd Uzir said the highest increase was recorded by Selangor and the Putrajaya Federal Territory (3.7 per cent).

Kedah and Perlis (up 2.2 per cent), Sabah and the Labuan Federal Territory (2.2 per cent) and Melaka (2.1 per cent) were the three states with the lowest increase in inflation.

“All states registered an increase in the inflation in food and non-alcoholic beverages, with Selangor and Putrajaya posted the highest increase of 6.7 per cent, followed by Johor (six per cent), Penang (5.8 per cent), and Perak (5.2 per cent).

“The increases were from the subgroup of meat (9.4 per cent), followed by milk, cheese and eggs (nine per cent) and vegetables (7.5 per cent),“ he added.