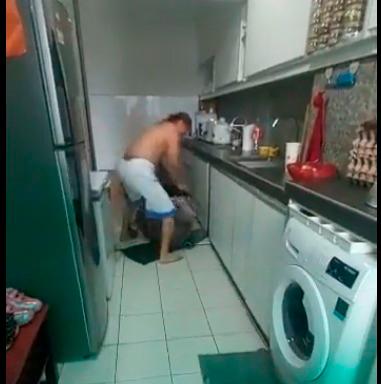 KUALA LUMPUR: A local man was arrested on suspicion of abusing his wife at a condominium unit in Batu 9, Cheras here.

He said the investigation found that the suspect's 45-year-old wife had been beaten and kicked by the suspect, resulting in injuries to her body.

“The suspect also pulled her hair and kicked her head, causing her to run away from the house. Their maid and their seven-year-old daughter as well as the suspect’s driver have witnessed the incident,” he said in a statement today.

Mohd Zaid said the victim received initial treatment at the hospital and was confirmed to have sustained injuries from blows to both sides of the eyes, head, legs and back.

The case is being investigated under Section 323 of the Penal Code and Section 18A of the Domestic Violence Act 2017.

Those with information are urged to contact investigating officer Inspector Ahmad Rahmat Adnan at 014-515 6933 or any nearest police station.

A video clip of one minute seven seconds duration showing the woman being abused by the man had gone viral on social media.-Bernama