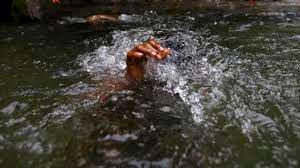 IPOH: A man was found drowned at the Lubuk Degong waterfall, Bidor, about 70 kilometres from here, today.

Tapah district police chief Supt Wan Azharuddin Wan Ismail said the body of R. Tharsan, 20, was found by the rescue team at 11 am.

He said the victim had gone to the waterfall area with his female friend, in her 20s, yesterday.

“The victim told his friend that he wanted to go to a higher area. The victim’s friend only followed him halfway and returned back as she wanted to look after their belongings.

“The victim had gone up alone, however he had failed to return, prompting his friend to seek help from the Orang Asli settlement nearby,” he said in a statement, here, today.

Wan Azharuddin said the victim's body was taken to the Tapah Hospital for a post-mortem.-Bernama

5.TM confirms signing up for 5G trials with Digital Nasional