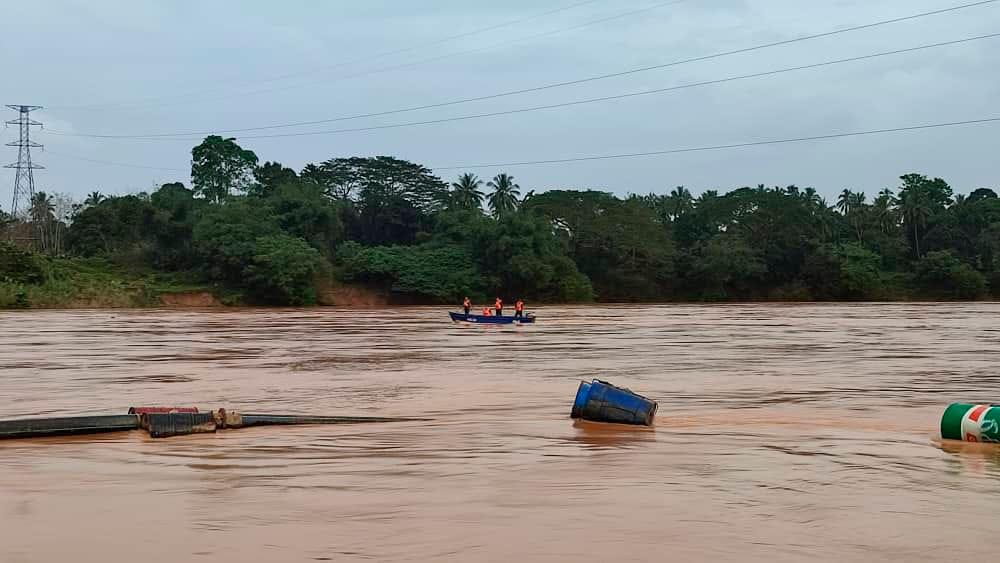 MACHANG: A man was feared drowned when the boat he was travelling in with two friends capsized in Sungai Kelantan near Pangkalan Pasir Haji Pa, Paloh Rawa, here yesterday.

Machang district police chief Supt Mohd Adli Mat Daud, said that the 8.49 pm incident occurred when the victim, Hisyamuddin Zulkifli, 23, along with his two friends, aged 39 and 23, went down to set a net in the river.

“While on the way back to Pangkalan Pasir Haji Pa, the boat they were travelling in overturned when it hit the anchor line of the sand ferry.

“The victim’s two friends managed to cling to the anchor rope of the sand ferry, while the victim tried to swim to the side of the river bank. However, after the two friends swam and reached the river bank, they did not see a glimpse of the victim, and feared that he was drowned,” he said in a statement, today.

Mohd Adli said the two friends took another boat and headed back to the river, but failed to locate the victim.

“The friends then sought villagers’ help to contact the police and the Fire and Rescue Department (JBPM), because they feared that their friend had drowned and been swept away by the strong currents.

“Four policemen, together with four firemen and four members of the Civil Defence Force (APM), went to the scene of the incident yesterday evening,” he said.

He said due to the strong currents and the dark conditions, the operation to search for and locate the victim commenced at 8 this morning.

“The search and rescue operation was carried out by the JBPM diving unit and the search team, involving the police, APM, firefighters and local residents, as far as two kilometres from the incident site.

“Thus far, search and rescue operations are being carried out, and we hope that people who live and do activities along Sungai Kelantan can help locate the victim,” he said. -Bernama