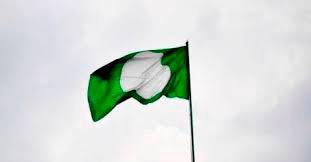 MELAKA: The distribution of seats involving PAS for the Melaka state election is expected to be known in a week’s time at the latest after discussions are held between PAS, Umno and Bersatu.

Melaka PAS commissioner Datuk Kamarudin Sidek said the discussions, to be managed by the PAS Central Technical Committee, were aimed at preventing more than two-cornered fights, thus harming the chances of all the component parties under the auspices of Perikatan Nasional (PN) and Muafakat Nasional (MN).

“PAS is in MN and PN, which also include Umno and Bersatu... the collaborative relationship among all component parties is still intact. So, the issue of seat distribution for the Melaka state election should involve all parties concerned.

“We admit there are difficult and easy routes in every State Legislative Assembly seat, but our main mission is to have two-cornered fights for every seat so as to facilitate our path to face Pakatan Harapan (PH),” he said when contacted by Bernama today.

Kamarudin said that through the discussions, each party was expected to present their respective candidates and a decision would be jointly made to ensure the best person contested each seat.

He said that if the discussions reached an impasse, PAS would not hesitate to go its own way and field its candidates for seats that are contested by Umno and Bersatu even if it means having to face three-cornered fights.

Kamarudin, who was the PAS candidate for the Duyong seat in the 14th General Election and lost to Damian Baba Yoe of DAP, said he was ready to contest the same seat in the state election, provided it is agreed by Umno and Bersatu.

Melaka PAS contested 24 out of the 28 seats in the Melaka state assembly in the 14th General Election.

On the Melaka state election, he said the party machinery was ready in all aspects and all its operations rooms had been opened.

The Melaka state assembly was dissolved on Oct 4 after four representatives withdrew their support for the leadership of Chief Minister Datuk Seri Sulaiman Md Ali.-Bernama