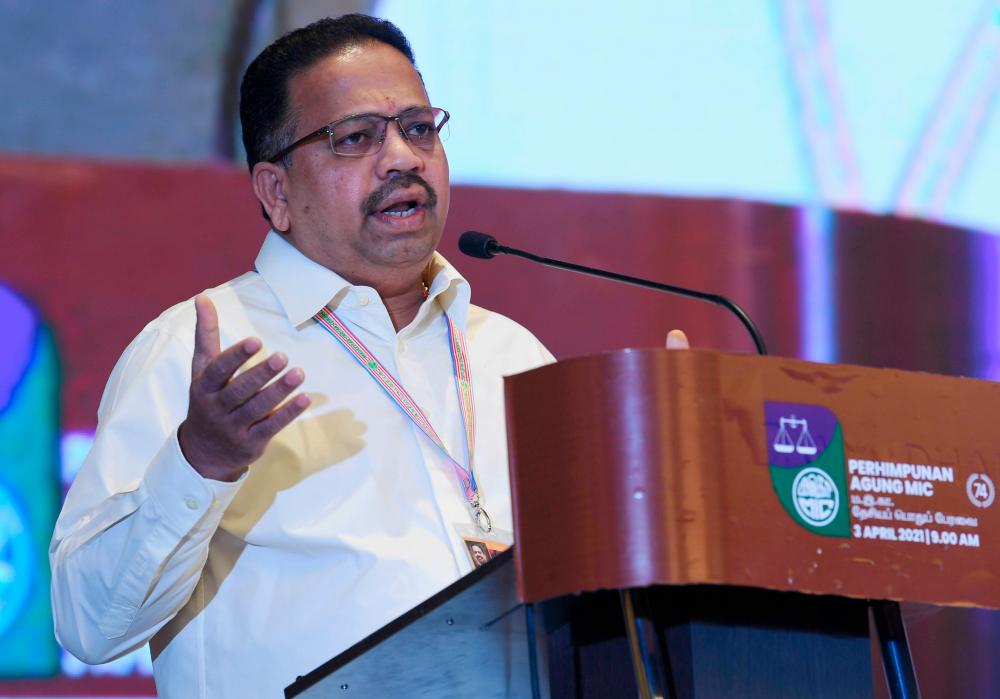 KUALA LUMPUR: MIC has submitted a proposal to the National Unity Minister Datuk Halimah Mohamed Sadique to set up a foundation under the Malaysian Indian Transformation Unit (Mitra).

MIC president Tan Sri S.A. Vigneswaran(pix) said this was to ensure allocations to the unit would not be withdrawn if they were not used within the stipulated period.

He said the national treasury system stipulated that any allocation which was not used by any ministry within the period set would be channelled to support other programmes.

“This year alone many programmes were postponed because face-to-face (physical) activity was not allowed, we are in the new normal. So, evaluations cannot be made for programmes that had applied for funds. The funds will be retracted if not used.

“I feel this (establishing a foundation) is a reasonable request because the money is not for the ministry but specifically for one race,” he told a media conference at the MIC headquarters here today.

Mitra, which is headed by the National Unity Ministry, is a special unit responsible for tackling the socio-economic development of the Indian community especially the B40 group.-Bernama