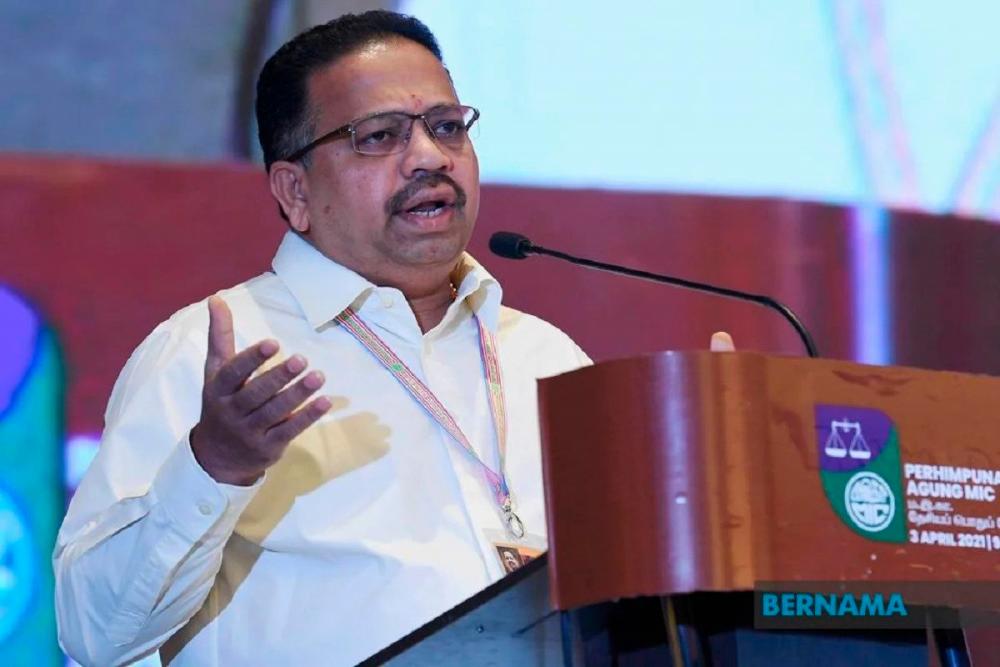 He said that the party for Indians was also taking a wait-and-see approach on political developments in the near term.

“I am quite confident that Umno and Bersatu can resolve their differences just like Umno and PAS who buried their problems despite hostilities for 40 years,“ he said in his policy speech at MIC’s 74th annual general meeting here today.

However, he also questioned why BN could not work with Bersatu because cooperation with the party would further strengthen the chances of victory in GE15.

On the distribution of seats for GE15, Vigneswaran said that Umno should be prepared to sacrifice at least 10 per cent of its seats if an expanded BN coalition is formed, just as the party’s request to MIC and MCA to give up some of the seats that they had traditionally contested.

He also stressed that to ensure that the Indian community does not lag behind the current of progress, the MIC needs to get its traditional seats or new seats based on political realities at the grassroots level.

“I mean winnable seats. Don’t try to insult us with seats we will lose due to various factors,” he said.

In his speech, Vigneswaran also suggested that BN reach an agreement with the Bersatu-led Perikatan Nasional (PN coalition) to find the best formula to avoid a clash of government parties in the distribution of GE15 seats.

Ahmad Zahid delivered his address virtually as BN chairman after Vigneswaran’s policy speech and this was followed by a special address from Muhyiddin, also virtually.

The AGM is being held in hybrid fashion with 440 delegates present in the hall while another 1,600 are following online. — Bernama

1.Fully vaccinated individuals travelling to Sarawak need not apply via EnterSarawak from Oct 18

3.MIC submits proposal to set up foundation under Mitra