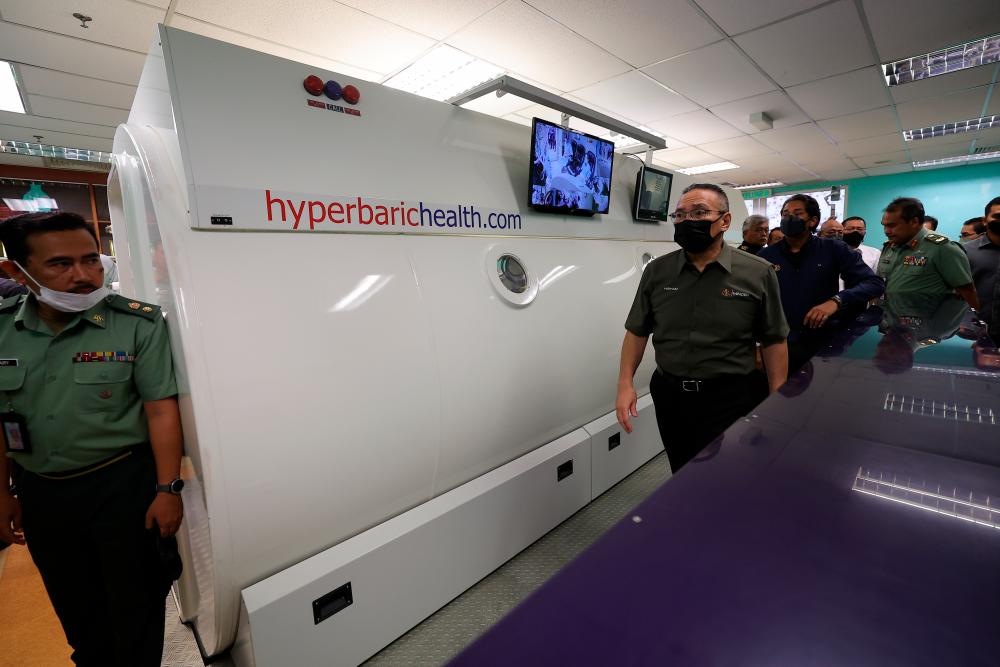 KUALA LUMPUR: Senior Defence Minister Datuk Seri Hishammuddin Tun Hussein is confident mobilisation works on the Littoral Combat Ship (LCS) project will be completed by the end of this year as scheduled.

Hishammuddin said the full details of the mobilisation development would be announced by him soon.

He said as of today, the ministry has succeeded in restoring ties with local and foreign project suppliers and vendors.

“The Defence Ministry (Mindef) has also begun discussion with the banks involved in the project after the government decided that the LCS construction project should go on and it is hoped the mobilisation would meet our needs and go on to build the first ship,” he told a news conference after visiting the Tuanku Mizan Armed Forces Hospital in Wangsa Maju here today.

In August, Mindef was given six months to mobilise efforts to revive the project and it was believed the first ship would be delivered to the Royal Malaysian Navy (RMN) in two years.

During the same month, the Public Accounts Committee (PAC) revealed that not even one LCS had been completed even though the contract worth RM6.083 billion provided for five of the six ships to be completed and handed over by August 2022.

On August 11, the Malaysian Anti-Corruption Commission (MACC) announced it had completed an investigation paper against several individuals linked to allegations of misappropriation in handling the LCS construction project.-Bernama