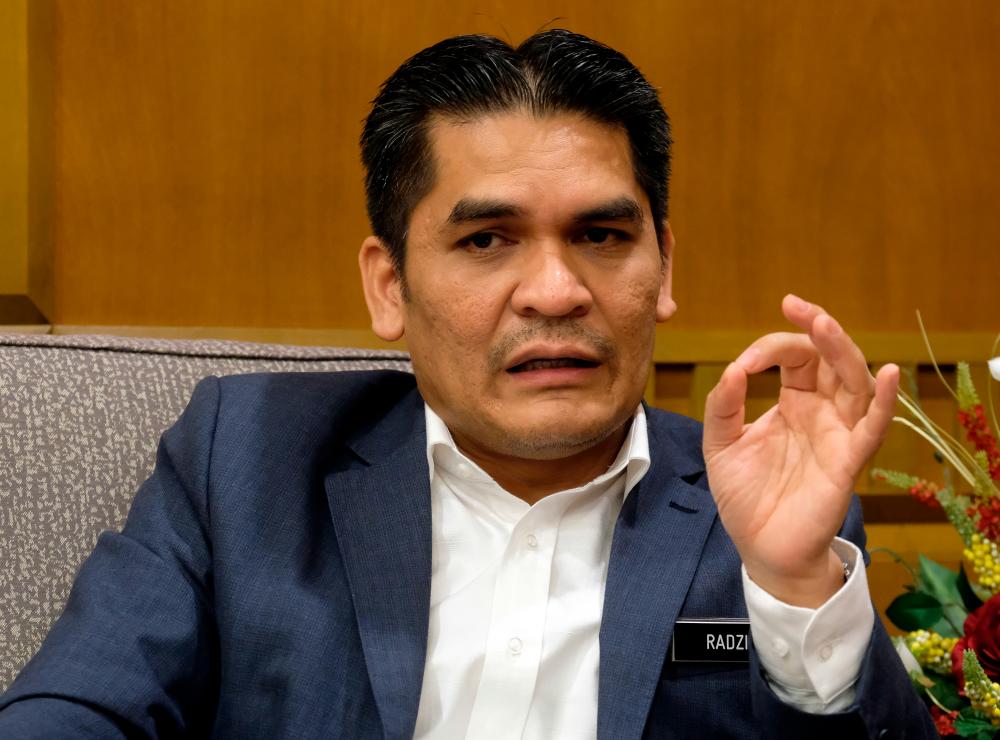 KAJANG: The Ministry of Education (MOE) is carrying out the process of legalisation or ownership transfer of school land from state governments to the Department of Director-General of Lands and Mines (JKPTG) to ease future planning of school infrastructure.

Senior Education Minister Datuk Dr Radzi Jidin(pix) said the issue of the delay in the previous school construction project was due to the land acquisition process which took so long.

“School construction is an issue that has been going on for a long time. The issue of the delay in school construction... I always emphasise that the land of the school site all this while does not belong to JKPTG or the government.

“That’s why when we obtain an allocation for the construction of a school, then when we check, the site is not owned by JPTGK. The transfer process takes a long time. We take proactive action to legalise the land to ensure that after this, the school land belongs to the government,” he said.

On Wednesday, the Auditor General’s Report 2021 Series 1 stated that the management of school construction projects, between 2016 and 2021, under the 11th Malaysia Plan (11MP), including extension projects, was less efficient and less effective.

The report said that coordination problems between the state governments, local authorities (PBT) and utility companies, as well as the issue of project site availability also contributed to the delay in the project.

Therefore, Radzi said his ministry is working with PBT to ensure that school construction problems, including abandoned ones, can be implemented immediately and do not affect the development of the country’s education infrastructure.

In another development, Radzi said his ministry was seeking clarification from the Department of Statistics Malaysia (DOSM) regarding a survey which found that approximately 390,000 or 72.1 per cent of Sijil Pelajaran Malaysia (SPM) holders did not want to continue their studies.

Radzi said that MOE, firstly, needs to know the sample of the study conducted by DOSM including the age involved before detailing and explaining the solution to the public. 5.PBM will accept any decision on bid to join BN: Zuraida