MOH confirms Muhyiddin and 34 others on 14-day self-quarantine 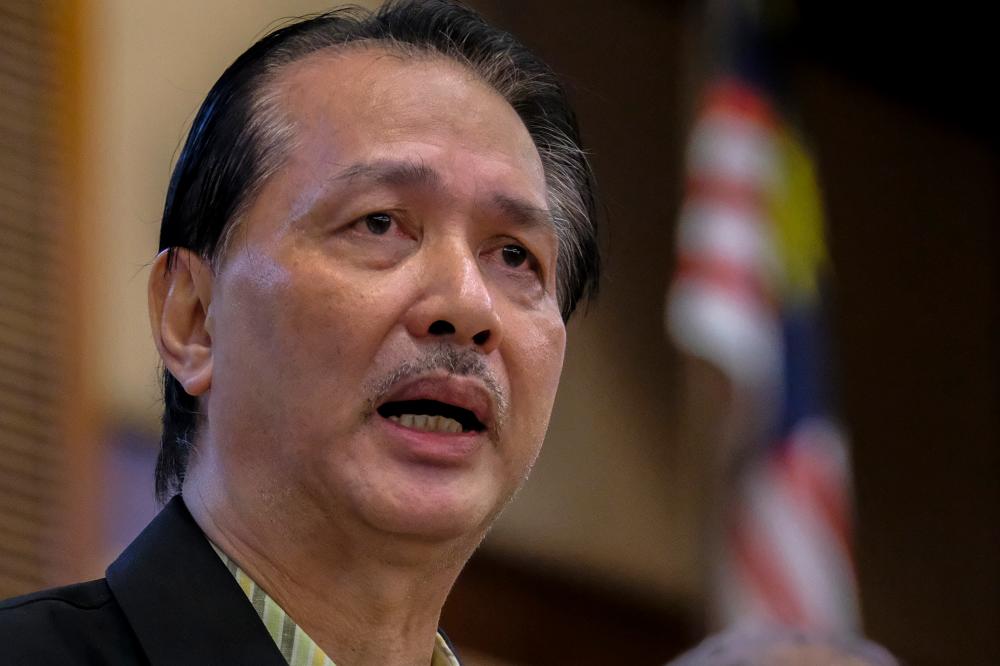 PUTRAJAYA: The Health Ministry (MOH) has confirmed that Prime Minister Tan Sri Muhyiddin Yassin is among 35 people asked to self-quarantine at home for 14 days after an officer, who attended the post-Cabinet meeting chaired by the PM on Wednesday, tested positive for Covid-19.

Health director-general Datuk Dr Noor Hisham Abdullah (pix) said swab tests were conducted on all 35 of them and the results were negative.

“Having said that, we need to quarantine them as part of our standard operating procedure (SOP).

“We (MOH) have advised them. Hopefully all the 35 members will self-quarantine at home and, on the 13th day, we will repeat the swab tests again. If negative, they can return to work,” he said at his daily press conference on Covid-19 here today.

A statement from the Prime Minister’s Office said that Muhyiddin had tested negative for Covid-19 but would be in self-quarantine at home for two weeks beginning yesterday.

Noor Hisham said the officer, who was tested positive, had been admitted to hospital for isolation and treatment.

The MOH, he said, would conduct active case tracing and focus mainly on the officer’s family members a well as those who attended the meeting.

“But, more importantly, what we have done over the last couple of months in terms of SOP at our meetings is to have spacing of at least one meter, just like the press conference in MOH. Social distancing has been practised.

“Secondly, officers attended the meeting have to wash their hands before coming into the meeting room and thirdly (they are) to avoid confined spaces,” he said.

Commenting on the pregnant woman in Kelantan who was tested positive after travelling interstate from Ampang, Selangor recently, Dr Noor Hisham said 26 out of the 30 close contacts who underwent screening in Kelantan were found to be negative.

“The remaining four close contacts in Selangor have been identified, with one testing negative while the other three are still awaiting their results,” he said.

Commenting further, he said that although their Covid-19 screening came back negative, they would still be quarantined for 14 days.

The MOH had confirmed on Wednesday (May 20) that the 35-week pregnant woman was found to be Covid-19 positive after undergoing a routine checkup at a women and children’s health clinic in Kuala Krai, Kelantan.

She had returned to her hometown in Kelantan to deliver her second child. — Bernama