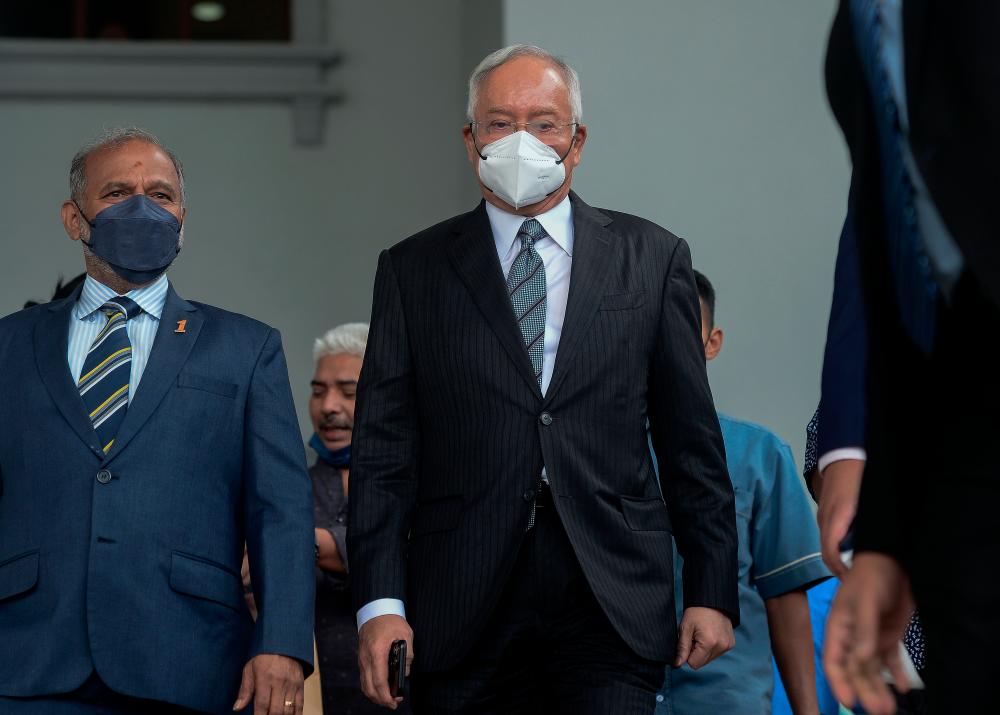 PUTRAJAYA: The Federal Court has fixed Monday (June 27) for case management in Datuk Seri Najib Abdul Razak’s(pix) application to adduce additional evidence in his SRC International Sdn Bhd case in a bid to nullify the trial in which he was convicted, sentenced to 12 years’ jail and fined RM210 million.

The case management before the Federal Court deputy registrar would be held via video conferencing.

The additional evidence that the former prime minister sought to adduce relates to the recent discovery that the trial judge Datuk Mohd Nazlan Mohd Ghazali in 2006 was the general counsel and company secretary for the Maybank Group who had the ultimate overall responsibility for the management and administration of all legal departments within the entire group.

At a press conference held on June 7, Najib’s lawyer Tan Sri Muhammad Shafee Abdullah said Mohd Nazlan had failed to disclose that he was the general counsel and company secretary for Maybank Group which was responsible for proposing the establishment of SRC International.

In his supporting affidavit, Najib said the evidence he sought to adduce was not made available to him at the trial, adding that the evidence were relevant to the issues before the High Court and Court of Appeal and thus would be also relevant to his appeals which would be adjudicated in the Federal Court.

He said the fact that Justice Mohd Nazlan knew of his personal involvement in the setting up of SRC International but concealed it to the defence amounts to a conflict of interest which has led to a real danger of bias.

He sentenced Najib to 12 years in jail and fined him RM210 million.

Najib, the Pekan Member of Parliament, lost his appeals in the Court of Appeal which was dismissed on Dec 8 last year by a three-member panel led by Datuk Abdul Karim Abdul Jalil prompting him to appeal to the Federal Court.

The Federal Court has fixed 10 days beginning Aug 15 to hear Najib’s final appeal against his conviction, jail sentence and fine.-Bernama Zahid: ‘You are asking me the same question over and over to trap me’ Zahid: ‘You are asking me the same question over and over to trap me’

1.Zahid: ‘You are asking me the same question over and over to trap me’

4.Govt to ramp up implementation of ESG-related strategies in Budget 2023