Moral case against or for abortion 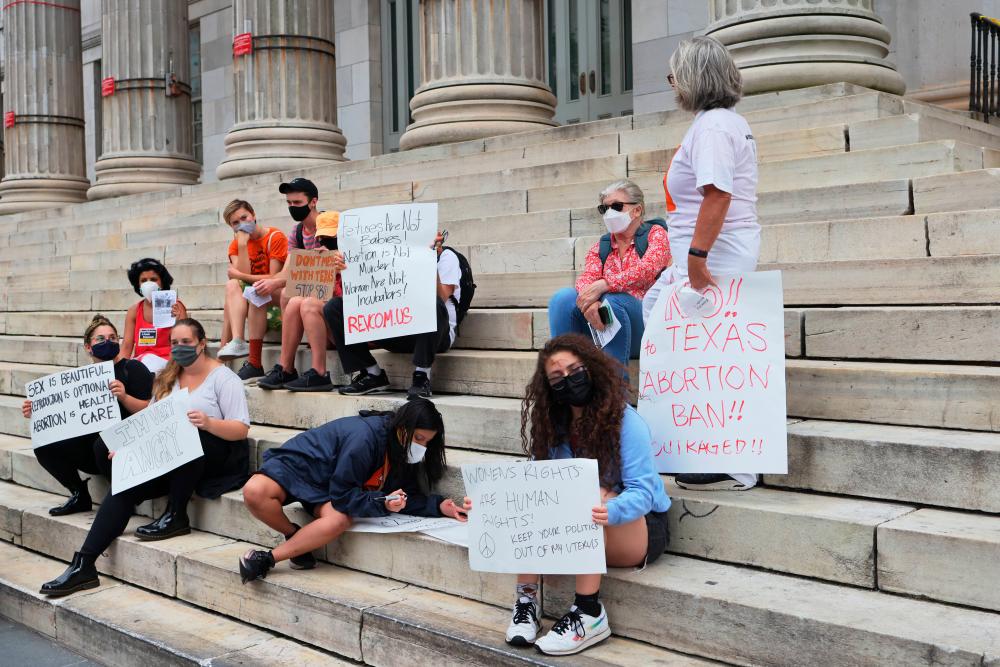 TEXAS joins a string of American states in passing new legislation that imposes a near-total ban on abortion as soon as a heartbeat is detected, usually in the sixth week of pregnancy, before many women even know they are pregnant. There are no exceptions for cases of rape and incest.

However, US federal law permits abortion until the foetus is viable outside the womb, at 22 weeks of pregnancy. The legal wrangle has stirred interest worldwide, certainly among women. In Malaysia, the Penal Code bans abortion under all circumstances except when there is a danger to the mother’s life or a risk of great injury to her mental or physical health.

A pregnant woman who causes herself to miscarry may also be sentenced to jail. There is no mention of exceptions for rape and incest. As there is also no heartbeat provision, Malaysian anti-abortion law is one of the world’s strictest.

Abortion policy should not be a zero-sum game, with either the woman or the foetus winning and the other losing, as the situation is far more complex than the arguments presented by the rival pro-life and pro-choice advocates.

Pro-life upholds the foetus as a living individual with full human rights. Pro-choice says every woman has full rights over her body. Their arguments both rest on a foundation of nihilistic individualism, focused on either the woman or the foetus.

Conservative religious authorities sharpen the division by giving full support to the
pro-lifers on five traditional grounds, namely, the divine command for humans is to be fruitful and multiply, human births are rare, the soul enters a foetus at the point of conception, abortion is murder, and the availability of abortion encourages illicit sexual relations.

No compassion is shown towards women who are victims of rape, incest, seduction traps, abandonment or crippling poverty, and whose desire for abortion springs from a natural instinct to preserve family values and the sanctity of family life violated especially by sex crimes. On the other hand, all five traditional
anti-abortion stances produce destructive outcomes for the planet.

First, the command to multiply was given when there were only two homo sapiens. Now at 7.8 billion, we have crowded out other species, with the notable exception of the Covid-19 virus that multiplies faster than us and feeds on more and more humans to keep multiplying. That is our karma as we have forced the Malayan Tiger to utter its final growl and the cheetah to run faster towards extinction.

Second, human births were rare 2,500 years ago as there was no medical support system to keep maternity deaths and child mortality
rates low.

Third, many scriptures dispel this notion of the soul as a spiritual entity that begins life at conception and yet lives eternally as an individual spirit thereafter.

Scientific research backs the alternative view that individuals are transient particles of consciousness in a conscious wave-field from which they emanate and to which they return.

Fourth, the idea that abortion is murder of an unborn child, except in cases where the mother’s life is at risk, contradicts the relational position stated in the Torah (known to Americans as the Old Testament).

Although the Torah lays down this commandment, “If someone hits another and death results, the penalty is death”, it does not apply to the foetus.

The Torah does not grant personhood status on the foetus, considering it to be valuable but less than fully human as this verse clearly shows: “When there’s a fight and in the fight, a pregnant woman is hit so that she miscarries but is not otherwise hurt, the offender must be fined whatever the woman’s husband demands and the court allows.” This is a fight resulting in miscarriage, and the penalty is only a fine, so long as the woman suffers no other injury.

Clearly in the Torah, an existing life outside the womb takes precedence over a life that is only potential inside the womb. There is a good reason for this, because of an abundance of situations where the denial of abortion may cause even greater moral harm to society.

The last ground for a near-total ban on abortion – that it encourages illicit sexual relations – places the burden of good moral conduct on women alone whereas evidence points to men as the rascals.

Neither the woman nor the foetus has absolute rights, casting one in opposition to the other. The right to live and the right to abort are rights that must be viewed from a whole-of-society perspective.

Abortion after rape, incest and sex trapping should always be allowed if the victim wants it. Failure to respect the victim’s choice will ruin family values, undermine social stability and destroy the woman’s life. All suffer – the woman, the child and society.

Theology-minded lawmakers fail to realise that a woman’s desire for abortion usually springs from a natural impulse to break
the cycle of destructiveness and preserve family values.

Children born to victims of sexual exploitation or crippling poverty tend to have low quality of family life or no family life at all, and this frequently pushes them into serious crime, drug addiction and trafficking, alcoholism and mental disorder.

Scientific evidence for this conclusion has been gathered as far back as 1988 when a study of 440 children in Czechoslovakia found that psychological and social problems were more common among kids born to mothers who had sought an abortion for the pregnancy than among other kids.

Twice as many unwanted children than normal children became perpetrators of serious crimes. Psychiatric disorders and marital breakdowns were more common among the unwanted.

Back in 1995 in Rwanda when a quarter million women were raped and most were forced to give birth to “devil’s children” (as they were called) because abortion was illegal, many who developed psychosomatic ills left their babies on the pathway and others committed infanticide.

A Rwandan schoolgirl rape victim who managed to get an abortion said to a news agency: “I don’t feel at all guilty. I would feel more guilty if I had kept a child I could never love.” This is the emotional turmoil of rape victims that theology-minded lawmakers ignore.

How do children born of rape feel? A
35-year-old man who was the child of a rape victim in Britain when interviewed by a newspaper said frankly: “I think many will understand when I say it might have been better, given the circumstances, that I should never have been born. From the moment I was born in a London hospital, my mother never wanted to see me. There were times, I now know, when she felt suicidal.”

We shall next discuss the moral hypocrisy of Asian and American societies that jail women who go for abortion while failing to crack down on rape, incest and sexual exploitation.