MOT to set up special task force to probe into cause of LRT collision: Wee 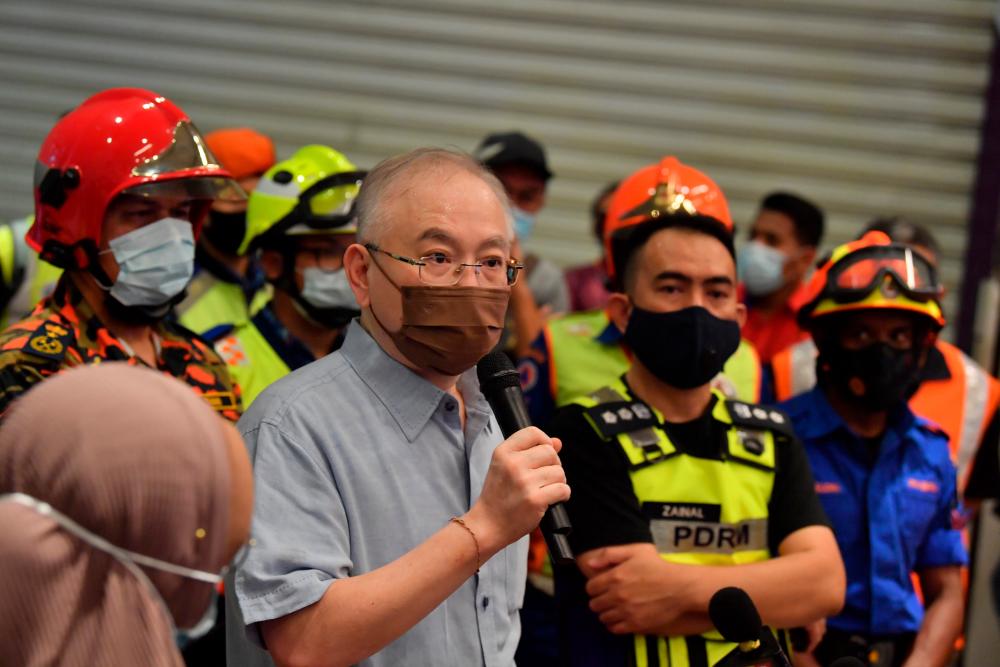 KUALA LUMPUR: The Transport Ministry (MOT) will set up a special task force to investigate the cause of the Light Rail Transit (LRT) accident involving two trains near the KLCC station here yesterday.

He expects the result of the investigation by the special task force to be presented to the ministry in two weeks’ time.

“In two weeks’ time, we will identify whether it was due to error in the signalling system or miscommunication or human error,” he told a media conference at the scene yesterday.

He said the task force would involve experts from various agencies, including from the MOT, Prasarana and APAD.

Wee, who described the collision as serious, said that this was the first such incident involving the LRT trains throughout its 23-year of operation in the country.

“The impact of the collision was very great, with the passenger-carrying train moving at a speed of 40 kilometres an hour (km/h), while the empty train was travelling at a speed of 20 km/h.

“This incident is a lesson for everyone and we must ensure that the safety factor of public transport services is emphasised,” he said.

On the LRT operation for the Kelana Jaya-Gombak line that has been affected, he said Prasarana would provide shuttle buses and further information would be announced from time to time.

Meanwhile, he assured that assistance would be provided to all the affected passengers and their families.

Wee stressed that the priority now was to ensure the victims were treated and that the MOT and Prasarana would discuss insurance coverage for the affected victims.

In the 8.45 pm accident, 47 passengers were seriously injured while 166 others were slightly injured. -Bernama

More than 230,000 of adult population given booster dose yesterday

How Omicron highlights fading hope of herd immunity from Covid-19

I gave a good show: Kyrgios

Sale of VTL tickets between Malaysia and Singapore is re-opened

1.More than 230,000 of adult population given booster dose yesterday

3.How Omicron highlights fading hope of herd immunity from Covid-19

5.I gave a good show: Kyrgios