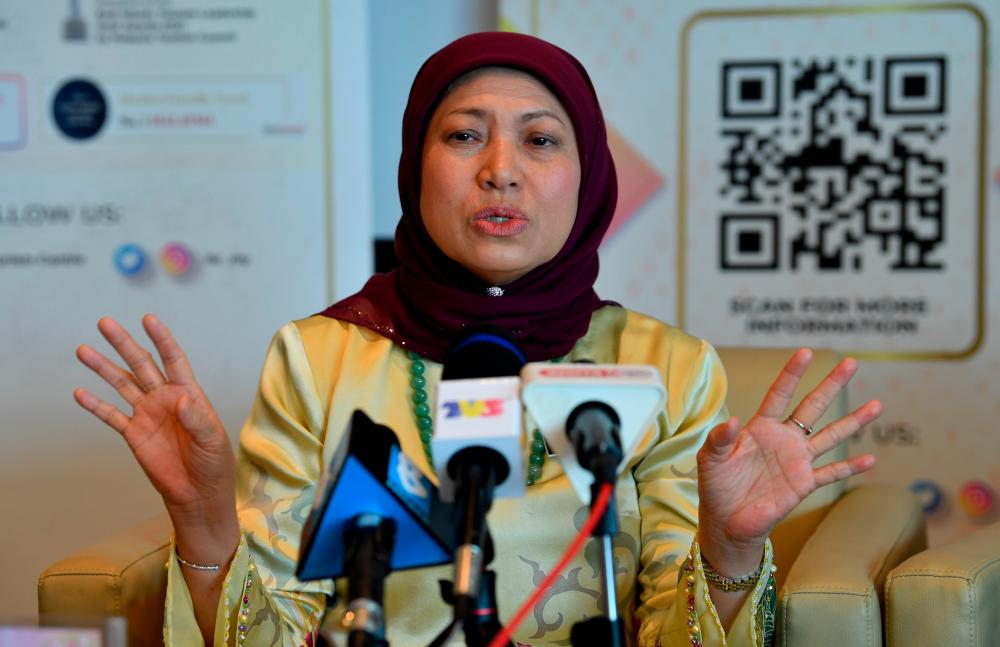 PUTRAJAYA: The Ministry of Tourism, Arts and Culture (MOTAC) is targeting the arrival of 900,000 Muslim tourists to Malaysia this year, said its minister Datuk Seri Nancy Shukri(pix).

She said this could be achieved by aggressively and proactively promoting Malaysia as a Muslim-friendly tourist destination at the national and international levels.

“After the country's borders were reopened on April 1, MOTAC has held a series of working visits to promote Malaysia’s tourism products including Islamic tourism abroad.

“Apart from that, MOTAC will identify additional activities that can be carried out at 6,000 mosques nationwide as an added value to existing promotions,” she told a press conference after launching the 2022 Islamic Tourism Week organised by the Islamic Tourism Centre (ITC) here today.

As of April, a total of 460,000 Muslim tourists were reported to have arrived in the country. Malaysia is targeting the arrival of 230 million Muslim tourists by 2028 with projected revenue of US$225 billion.

Nancy said with Muslims forming the majority of the country’s population, the availability of Muslim-friendly facilities was among the factors attracting Muslim tourists to visit Malaysia.

“Muslim tourists also do not have to doubt the status of halal food in our country,” she said.

She also said that Malaysia once again topped the list of Muslim-friendly tourism destinations based on the recent MasterCard-Crescent Rating Global Muslim Travel Index (GMTI) 2021, thus boosting tourists’ confidence in this country.

“This proves that Malaysia is on the right track and has a suitable ecosystem that can meet the needs of Muslim tourists,” she said.

Malaysia recorded 5.3 million Muslim tourist arrivals in 2019, with a revenue of RM16.72 billion.-Bernama