MotoGP champ Quartararo defies pain in 'push to the max' 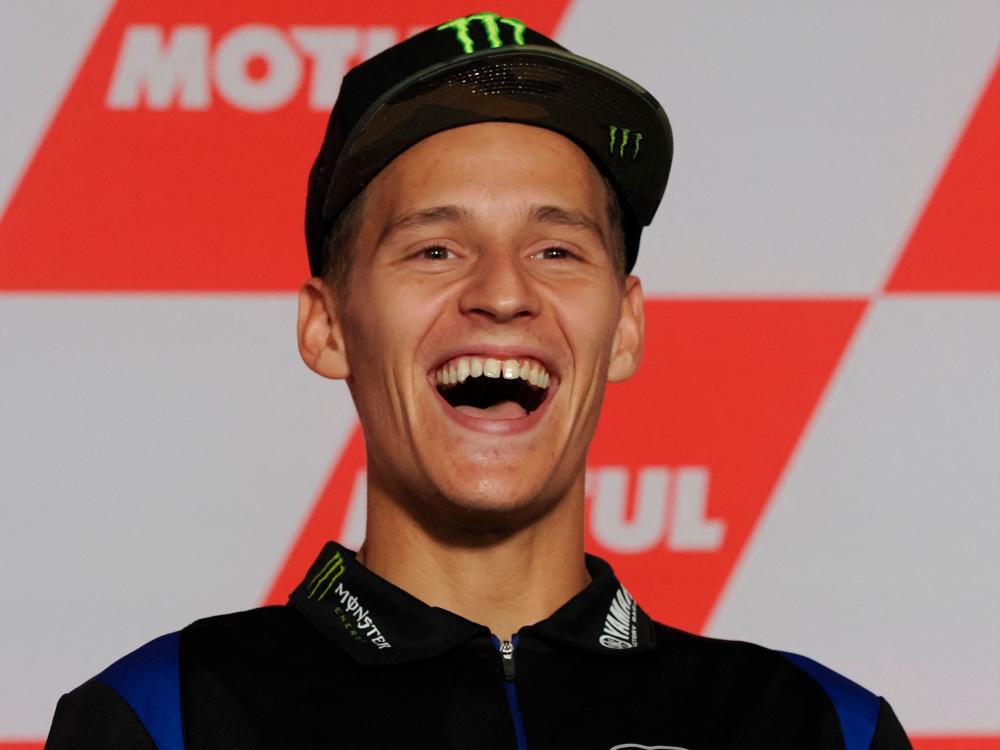 Yamaha's Quartararo crashed out in first-lap mayhem at Aragon last Sunday and going into what could be a wet Motegi circuit just 17 points separate the top three riders.

The Frenchman was pictured in the aftermath of Aragon with bandages covering his torso, but he is in a positive frame of mind for the Japanese GP on Sunday, even if forecasts are correct and it rains.

“I had my first training so it was ok, it’s just abrasion,“ the 23-year-old Quartararo said on Thursday of his injuries.

“It’s a little bit painful but I don’t think on the bike it’s going to be a big issue.

Quartararo saw his championship lead over Italy's Francesco Bagnaia slashed to 10 points, while Spain's Aleix Espargaro is also firmly in the title hunt.

Quartararo is relishing the fight, starting at the first Japanese MotoGP in three years after the pandemic cancelled recent editions.

“What can you do? With 17 points around all three, everyone is pushing like hell,“ he said.

“Having only 17 between us three, we will push ourselves to the maximum and in the end, I think it is nice.”-AFP