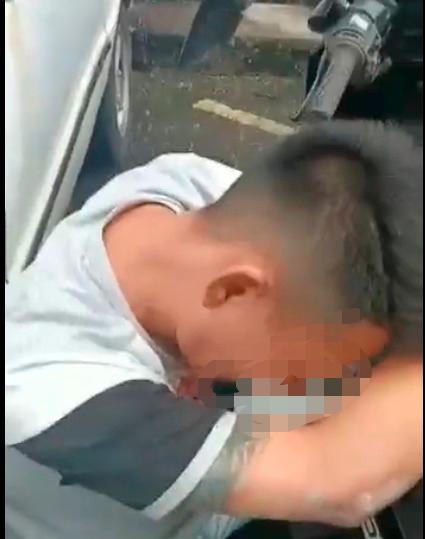 GEORGE TOWN: A man who suffered injuries to his face as seen in several viral videos on social media today was due to a struggle when he tried to steal a motorcycle in Jalan Patani, here last Wednesday.

Northeast District police chief ACP Soffian Santong said based on police investigation, it was found that the 37-year-old suspect tried to steal another man's motorcycle in an incident at 9 am on Wednesday.

“The 25-year-old motorcycle owner, lodged a police report at Jalan Patani police station on the incident (viral video) in which the victim said that an unknown man (suspect) tried to run away with his motorcycle.

“Based on the investigation, it was found that the suspect acted aggressively and there was a struggle when the arrest was made by members of the public, resulting in the suspect sustaining injuries to his face while he was also seen staggering and suspected to be drunk,“ he said in a statement today.

Earlier, several videos ranging from 4 seconds to 1 minute 28 seconds of a man with blood on his face and hands handcuffed went viral on social media today.

Soffian said the case is investigated under Section 379A (1) and Section 511 of the Penal Code for attempting to steal a motorcycle and the suspect was remanded for two days for further investigation.

He said the police also advised the public not to share the video recording of the incident on any social media site to avoid any speculation and protect racial sensitivity.-Bernama