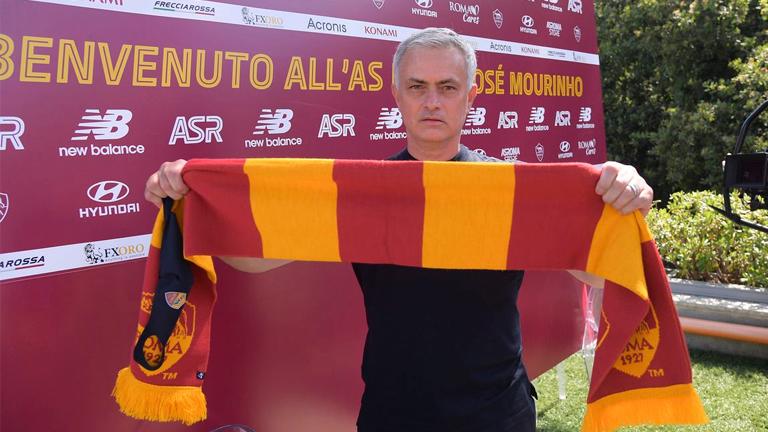 ROME: Jose Mourinho said he was “calm” ahead of his first competitive game as Roma coach, insisting that taking charge of a team for the 996th time in his career poses little anxiety.

“It’s true that this will be my first official match with this club, but it will be my 996th match if I’m not mistaken so I am calm,” he told Sky Sport ahead of Friday’s (1.30am Malaysian time) Europa Conference League playoff first leg at Trabzonspor.

Despite the game forming part of UEFA’s new third-tier club tournament, 58-year-old Mourinho said it was a tie worthy of a greater stage.

Abraham was signed just three days after veteran striker Edin Dzeko was shipped out to Inter Milan to replace Romelu Lukaku who completed the transfer triangle by returning to Stamford Bridge.

“Abraham doesn't have the history of Edin, who is 35, but he’s won it all and he’s still young, with great potential,” explained Mourinho.

Roma will get their Serie A campaign underway on Sunday with a home clash against Fiorentina. – AFP

The end of an era for Peng Soon- Liu Ying

US vows to boost military presence if Russia attacks Ukraine

3.The end of an era for Peng Soon- Liu Ying