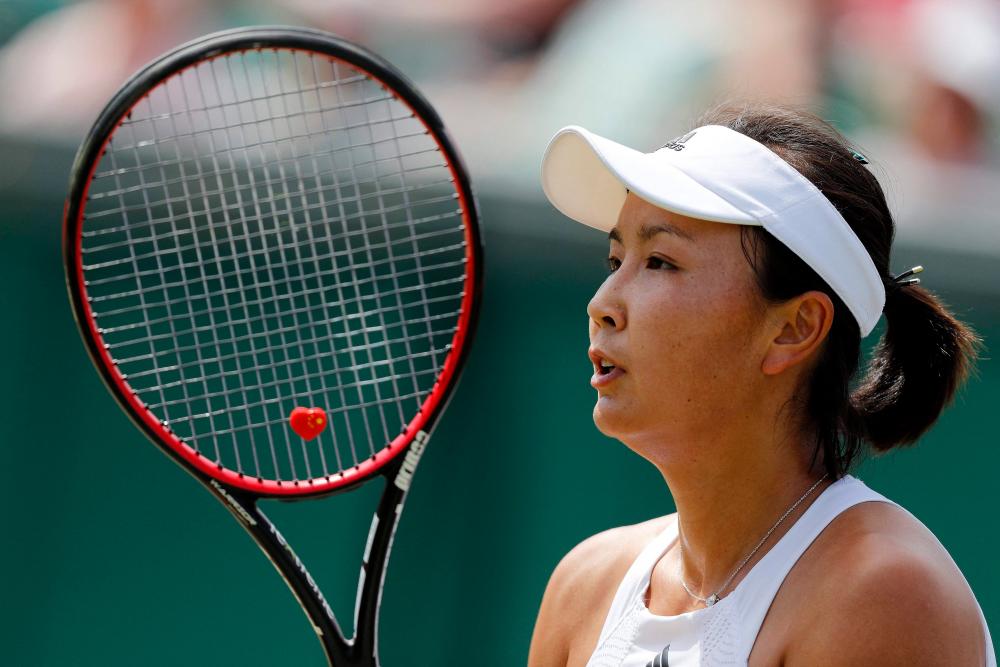 MELBOURNE: World number three Garbine Muguruza said Saturday that the “real truth” about what happened to Peng Shuai(pix) may never be known after the tennis star accused a senior Chinese politician of sexual assault.

Peng, a former Wimbledon and French Open doubles champion, alleged on social media in November that former vice-premier Zhang Gaoli forced her into sex during a long-term on-off relationship.

It was the first time that the #MeToo movement had touched China's ruling Communist Party but Peng's online post was deleted and her claims censored, then she disappeared from public, only to reappear three weeks later.

However, there remain doubts about how free Peng really is and having made global headlines for weeks, the outcry about her plight has since died down and the focus of the tennis world shifted to Novak Djokovic's visa saga.

“Are we going to know something about this? I don’t know, I think it’s a complicated country to deal with,“ Muguruza told reporters of Peng and China, which will host the Winter Olympics next month in the capital Beijing.

“It’s a little bit not moving forward, I feel. It’s just there since months and months,“ two-time Grand Slam champion Muguruza said ahead of the start of the Australian Open on Monday, where Peng will be absent.

“It seemed like for a moment, okay, we’re going to find out what’s happening.

“I think it’s going to be very difficult to find a real truth and for her to be able to talk freely.”

The Women's Tennis Association led the way in demanding to know what happened to Peng and suspended tournaments in China over it.

“I feel like this is something that the WTA has done great,“ added Spain’s Muguruza.

“I think they’ve showed a lot of courage and character by supporting these and taking these strong decisions.”

Australia’s world number one Ashleigh Barty said as far as the players and the WTA were concerned on Peng, “our message hasn’t changed”.

1.Tunisia shock Nigeria, Comoros to use outfield player as goalkeeper

3.Investors beware – ignore tax perk conditions at your own peril

4.Europe could be headed for pandemic ‘endgame’: WHO