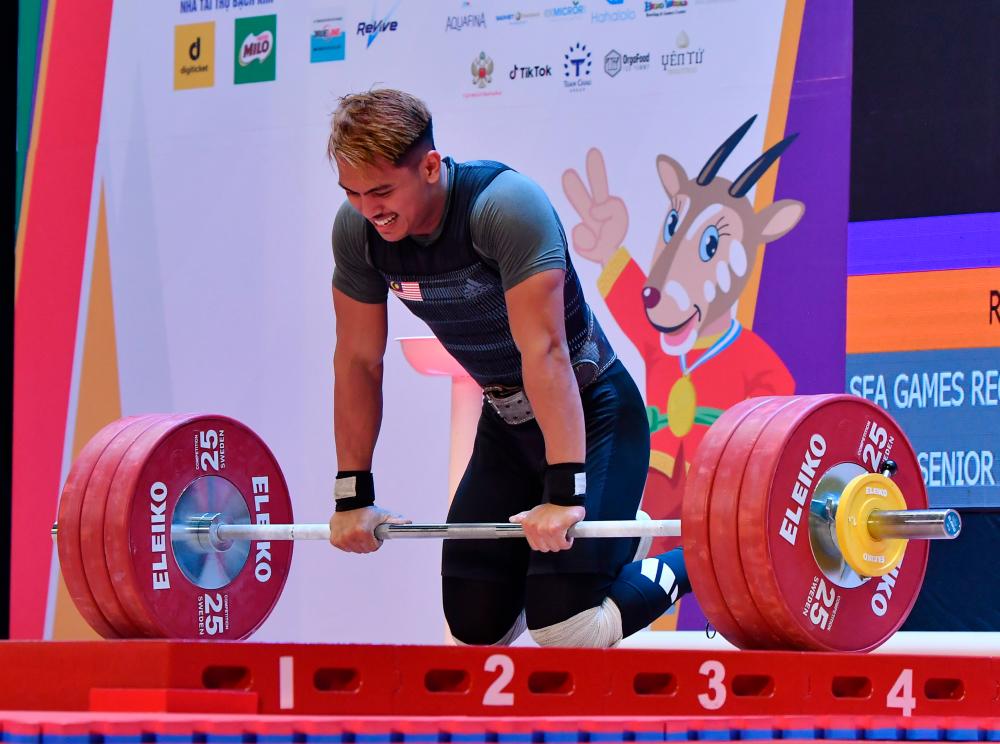 HANOI: Malaysian weightlifter Muhammad Erry Hidayat(pix) cracked his own national record but it was not enough to beat 2021 world champion Rahmat Erwin Abdullah of Indonesia at the 31st SEA Games here today.

In the competition at the Hanoi Sports Training and Competition Center, Muhammad Erry lifted 143kg in snatch and 173kg in clean and jerk for a total of 316kg to retain his bronze medal in the men's 73kg category.

Muhammad Erry, the son of former champion Hidayat Hamidon, said he tried to snatch the silver by going for 173kg in his final attempt in clean and jerk but failed.

“I had never lifted that kind of weight in training but just went for it to challenge Anucha.

“After this, I need to continue preparing for the 2022 Birmingham Commonwealth Games in July. If all goes well and I can maintain my discipline, there is a chance to win gold,“ he told reporters after the medal presentation ceremony.

However, he is expecting a strong challenge from Achinta Sheuli of India, who has the same personal best as Muhammad Erry's.-Bernama