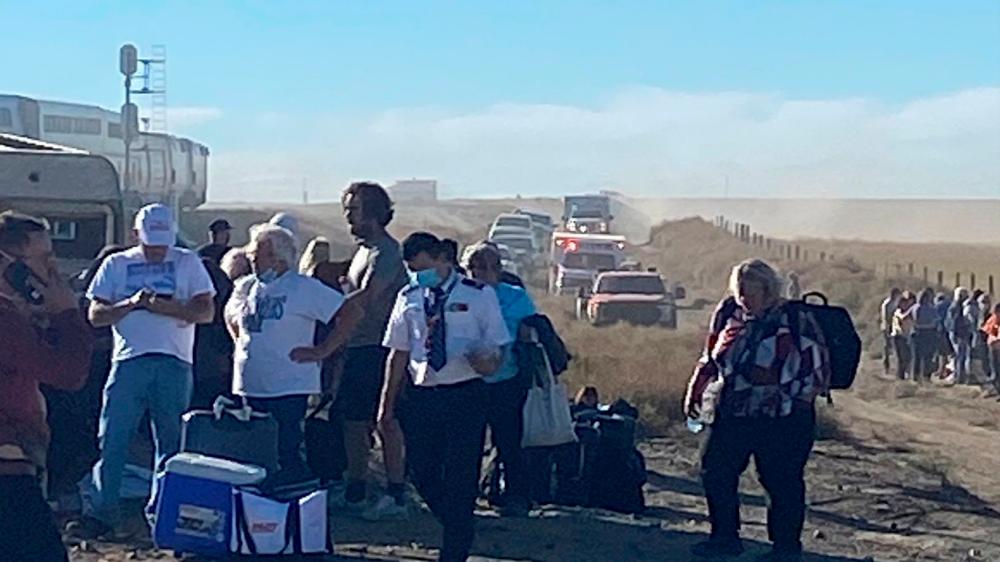 WASHINGTON: Multiple people were injured when a train derailed on Saturday in the US state of Montana, rail operator Amtrak said, with US media reporting at least one person had been killed.

“Amtrak is working with the local authorities to transport injured passengers, and safely evacuate all other passengers,“ the firm said in a statement, adding approximately 147 passengers and 13 crew were on board.

Five of the train's cars derailed around 4 pm (2200 GMT) near Joplin in northern Montana, the statement said.

Footage posted on social media showed people waiting by the tracks, luggage strewn next to them, and several train carriages can be seen listing off the rails with at least one toppled onto its side.

Montana’s Disaster and Emergency Services coordinator told the New York Times that more than one person had been killed and “well over 50 people had been injured”.

She added that teams of rescuers were at the scene and multiple hospitals were on standby but that authorities were not releasing further details for the time being.-AFP