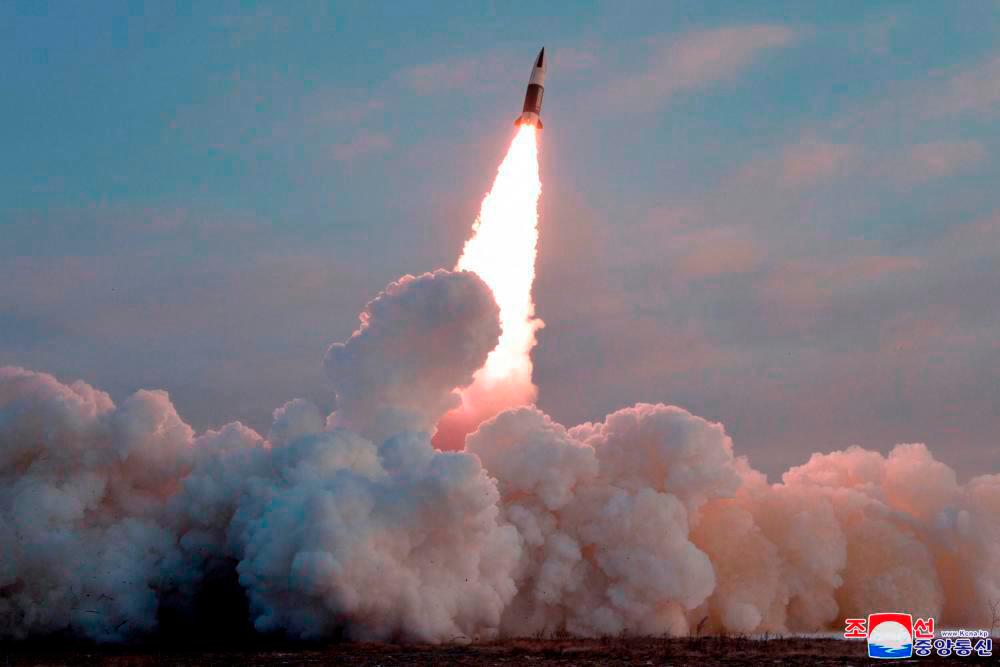 The launches were detected by South Korea’s Joint Chiefs of Staff (JCS) from the Sunan area in Pyongyang between 6.45 am local time on Saturday (21:45 GMT on Friday) and 7.03 am local time, Yonhap said.

“While strengthening our monitoring and vigilance, our military is maintaining a full readiness posture in close cooperation with the United States,“ the JCS said in a message quoted by Yonhap on Saturday.

The Japanese coast guard also said that two missiles were launched by North Korea on Saturday.

The Japanese Defence Ministry said that the two short-range ballistic missiles flew over a distance of 350-400 kilometres (217-248 miles) on Saturday morning, reaching a maximum altitude of 50 kilometres (31 miles).

“Through diplomatic channels, we sent a note of protest to North Korea in connection with the missile launches,“ Japanese State Minister for Defence Toshiro Ino told reporters on Saturday, as broadcast by NHK. He emphasised that it is the first time that North Korea has carried out four test launches in one week, which is a threat to regional security.

South Korea is celebrating Armed Forces Day on Saturday (the annual event is marked on Oct 1).

Earlier on Saturday, Yonhap said that an unidentified missile was launched by Pyongyang, marking the third day in a row of Pyongyang’s military activity, which has intensified amid US-South Korean naval exercises.

On Wednesday and Thursday, North Korea test-fired short-range ballistic missiles, while last Sunday (Sept 25), Pyongyang launched a short-range ballistic missile for the first time since June 5. The Sunday test-launch was carried out amid the arrival of the USS Ronald Reagan carrier strike group to participate in the combined drills with the South Korean navy.-Bernama