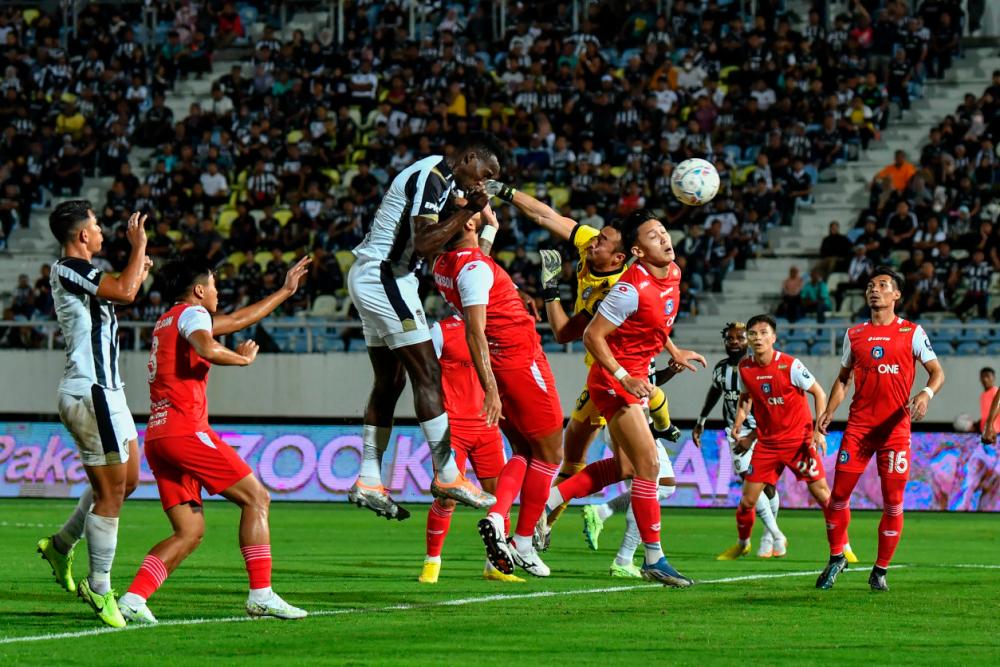 KUALA NERUS: Terengganu FC (TFC) coach, Nafuzi Zain is dedicating the victory over Sabah last night especially to the supporters of the squad.

According to Nafuzi, he is very touched and proud to receive solid support from Terengganu football fans who are considered to be among the best supporters of football clubs in the country.

He said the victory achieved in the last Super League match at home was considered very meaningful and a gift for the fans who have been coming to fill the stadium.

“I am really moved by the Terengganu football fans who have not stopped supporting the team from the beginning, since I started leading this team in 2018.

“Not to mention when we are in a difficult position competing with several other teams to grab a slot for the Asian Confederation Cup (AFC),“ he said after the match against Sabah FC at the Sultan Mizan Zainal Abidin Stadium here, last night. -- MORE

In the match, the Turtles managed to seal a 2-0 victory over Sabah FC thanks to goals from Nik Muhammad Shariff Haseefy Mohd Lazim and Pape Diakite.

At the same time, Nafuzi also praised the energetic performance of his boys who succeeded in defeating Sabah who are ranked higher than TFC in the Super League.

“Terengganu really deserve to win, as with the form of the game like tonight (last night), we don’t deserve even for a draw,“ he said.

However, he remains confident that Sabah are still on the track to finish this season’s league in the top three teams, thus qualifying for the AFC Cup next season.-Bernama