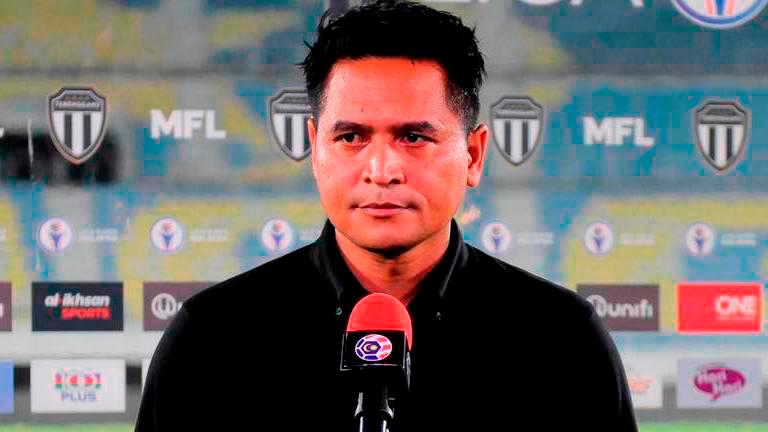 He said after two matches without a win, the positive result gave a boost to his charges ahead of their next matches.

However, he admitted that he was a little upset with the performance of his men which deteriorated slightly due to the fatigue factor owing to the very tight match schedule.

“Alhamdulillah (thank God), after two disappointing matches, we managed to get back on track. My hope is that this positive momentum will continue in the matches to come,“ he told the post-match press conference.

TFC’s first goal which came as early as the first minute was contributed by Liberian-born import striker Kpah Sherman while the second was netted via a penalty kick taken by national player Faisal Abdul Halim in the 79th minute.

Sri Pahang FC’s goal was scored in the 86th minute by Malik Mat Ariff who had donned the Terengganu jersey for two seasons starting 2018.

With the victory, the Turtles managed to climb two places from seventh to fifth place in the league with 13 points, while The Elephants remained second from bottom with eight points.

Meanwhile, the different fate faced by Sri Pahang FC after losing three matches in a row put their coach Christophe Gamel in a precarious position.

“I’ll leave it to management to take any decision. I love Pahang and any decision they take...if everyone says it’s good for Pahang, I agree because it is important to respect the institution,“ said the Frenchman, who also complained about the quality of refereeing last night.-Bernama