Najib applies for temporary release of passport to go to Singapore 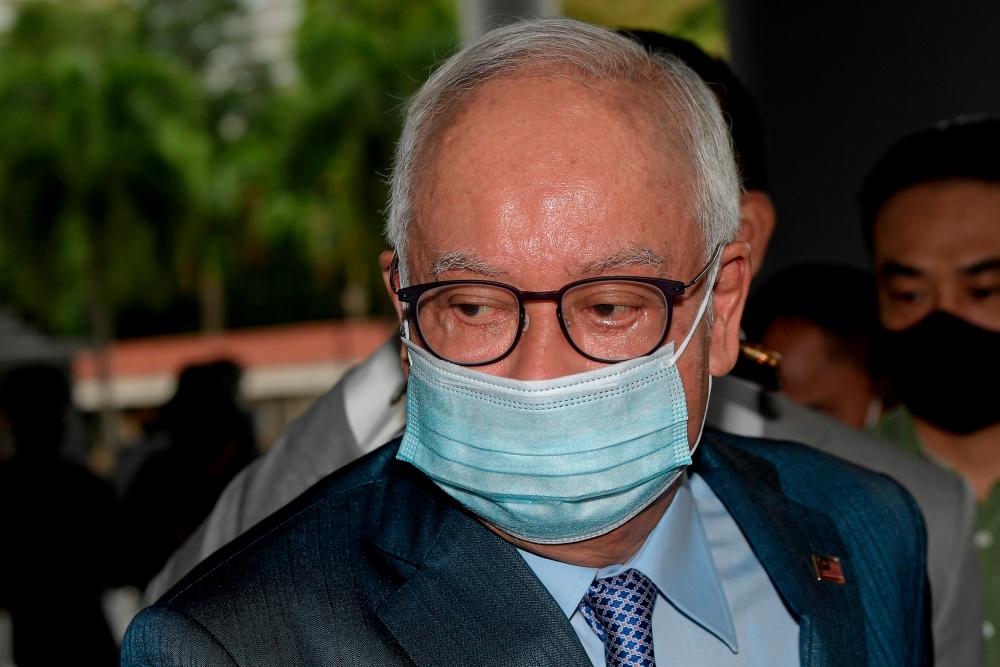 KUALA LUMPUR: After the High Court here today allowed Datin Seri Rosmah Mansor's passport to be temporarily released to visit her daughter who is expected to give birth to her second child in two weeks, Datuk Seri Najib Tun Razak(pix) also filed an application for the purpose at the Putrajaya Court of Appeal.

Based on copies of documents obtained through the judicial system today, it is stated that the former prime minister made an application for his international passport to be handed over to him temporarily beginning Oct 20 or as early as possible, until Nov 22, 2021.

Najib filed the notice of motion yesterday (Oct 14) through Messrs Shafee & Co to enable him to visit his pregnant daughter Nooryana Najwa, who is currently in Singapore.

In the notice, Najib applied for his passport to be handed over no later than Oct 20 to enable him to renew his passport before leaving for Singapore on Nov 3.

In his affidavit of support, Najib said his daughter was now living in Singapore with her husband and four-year-old daughter.

“Apart from her husband and daughter, Nooryana has no other family members there to help and accompany her through the pregnancy until the birth.

“I am responsible for ensuring that Nooryana is well cared for and gets the support and treatment she needs as she had serious complications during the birth of her first child,“ Najib said in the affidavit.

Najib said he was also not a flight risk as he had his family here, while his source of income and property were also in Malaysia.

“In addition, I am under bail of RM7 million and it is not a small amount. I have also attended all the trial dates set by the court prior to this,” he said.

Lawyer Rahmat Hazlan, who represented Najib when contacted by reporters, confirmed that the former prime minister had filed the application.

Checks on the online case management system revealed that the application will be heard in the Court of Appeal on Monday (Oct 18).

On July 28, 2020, Najib was found guilty of seven charges involving criminal breach of trust, money laundering and abuse of power involving RM42 million of SRC International Sdn Bhd funds, and the case is currently under appeal at the Court of Appeal.-Bernama

PPM Region One seizes illegal cigarettes worth over RM700,000

Wijnaldum rescues PSG after Lens leave Messi in a daze

Real Madrid ease past Sociedad after Barca and Atletico beaten

5.PPM Region One seizes illegal cigarettes worth over RM700,000