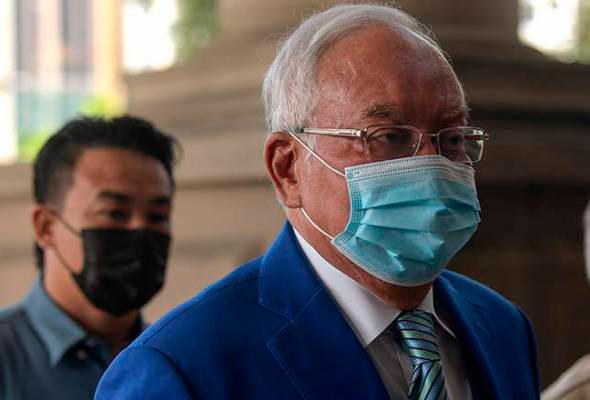 KUALA LUMPUR: The High Court here today dismissed Datuk Seri Najib Tun Razak’s (pix) application for a stay of execution of its order for him to pay RM1.69 billion owed to the Inland Revenue Board (IRB), ruling that all taxpayers are equal before the law.

Justice Datuk Ahmad Bache said if the court granted the stay application to the defendant (Najib), who is a former prime minister and former finance minister, the plaintiff (the government through IRB) will be stopped from filing any recovery actions against him.

“It will set a bad precedent to be followed and used by other taxpayers as a ground to avoid and or delay paying taxes and giving rise, albeit wrongly, to an inference that “double standards” are being allowed and being practised.

“This court holds that this position of the law regarding tax recovery applies to every taxpayer, including the defendant as every taxpayer (just like every citizen) are equal before the law.

“As held by this court in the summary judgment dated July 22, 2020, the defendant as a former minister of finance should know and ought to have known these provisions of the law, as IRB as the collection agency, was under his purview at the material time and the amount involved is huge,” he said in his 25-page of written judgment made available to media today.

The judge said the former prime minister has no strong grounds for a stay of execution to be granted as he had failed to discharge the burden of proving the existence of “special circumstances” to the satisfaction of the court.

With regard to the risk of losing his qualification as a member of parliament due to bankruptcy proceedings initiated by the IRB, the court agreed with the IRB that such contention is nothing more than “fear of losing”.

The judge further held that if the defendant wins his appeal (over the amount claimed by the IRB) at the Special Commissioner of Income Tax (SCIT), any extra amount collected could be refunded and hence there was no issue with the appeal before SCIT being rendered nugatory.

“On the other hand, the defendant has not shown any cogent evidence to prove the plaintiff’s inability to compensate. All these reasons merit consideration and that the balance should tilt in favour of the plaintiff to not granting the stay,” he said.

Justice Ahmad further said all is not lost for the defendant as he can still negotiate with the plaintiff for some payments to be made pending the disposal of the hearing at the SCIT.

He said that more often than not, IRB subscribes to a payment scheme whereby the taxpayer will be allowed to pay by instalments, agreed upon by both parties in a “win-win” situation.

“This form of settlement can still be arranged and agreed upon by the defendant and the plaintiff, pending disposal of his appeal at the SCIT,” he said.

The judge said for the foregoing reasons, the defendant’s application for stay of execution of the summary judgment dated July 22, 2020, is dismissed with cost of RM15,000.

On July 22 last year, Justice Ahmad ruled that Najib had to pay the IRB RM1.69 billion in additional tax and penalties for the assessment years from 2011 to 2017 after allowing the IRB’s application to enter a summary judgment against him.

Najib has filed an appeal against the High Court’s decision in the Court of Appeal, which will hear the case on June 16.

Pursuant to Section 103 (2) of the Income Tax Act 1967, a person ordered to pay the assessment has to settle the payment to the IRB even if an appeal has been filed.

On Feb 4, the government through the IRB filed a bankruptcy notice against Najib as a debtor, for failing to pay income tax amounting to RM1.69 billion as ruled by the High Court. — Bernama

3.Malaysia’s readiness to bring in 32,000 foreign workers is subject to MOUs - MPIC