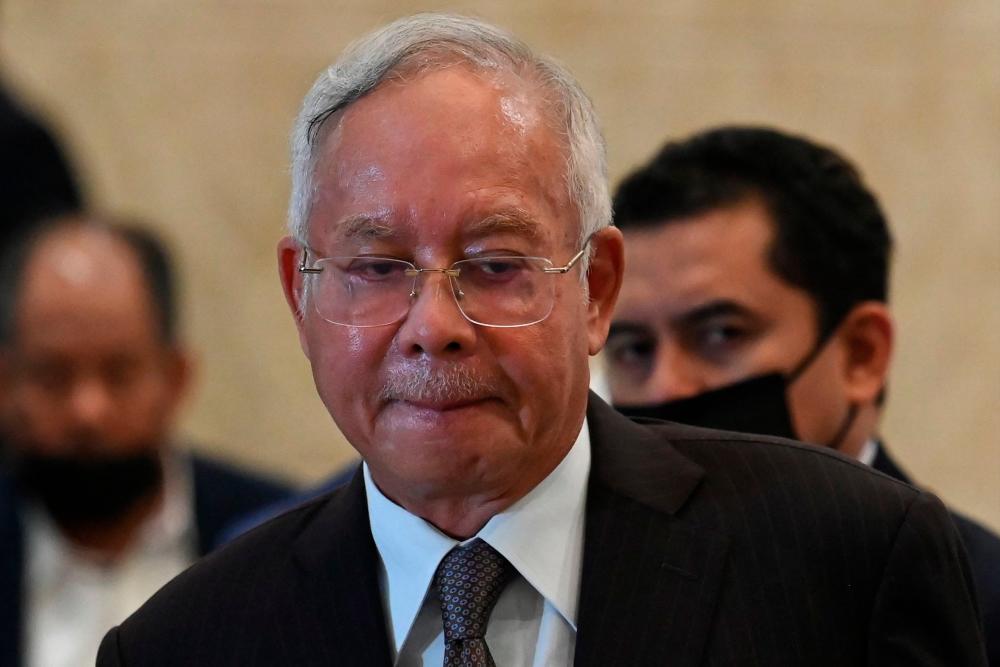 Malaysia's former prime minister Najib Razak reacts during a press conference at the federal court in Putrajaya on August 18, 2022. Malaysia's top court on August 18 began hearing ex-leader Najib Razak's appeal to overturn his jail sentence for corruption in a high-stakes legal gambit that can see him either locked up or launch a political comeback. AFPPIX

KUALA LUMPUR: Datuk Seri Najib Abdul Razak’s trial over the misappropriation of RM2.3 billion in funds from 1Malaysia Development Berhad (1MDB), scheduled to continue next week, has been postponed pending developments in his final appeal in the SRC International Sdn Bhd case.

Judge Datuk Collin Lawrence Sequerah fixed Aug 23 for a case management for parties to update on the developments of Najib’s SRC appeal at the Federal Court.

At the outset, Najib’s lawyer Wan Aizuddin Wan Mohammed informed the judge it appears that the appeal will go on until next week.

“We predict that it will go on to next week as the dates fixed by the Federal Court. I suppose the next four days (Aug 22 - 25) of 1MDB trial next week ought to be vacated,” he said.

He said the trial was supposed to continue today before Judge Mohamed Zaini Mazlan but was postponed for the same reason.

“Yesterday, we received a letter from the Deputy Registrar of the High Court informing parties the application to vacate today’s hearing, as requested by Najib’s counsel two days ago, was allowed.