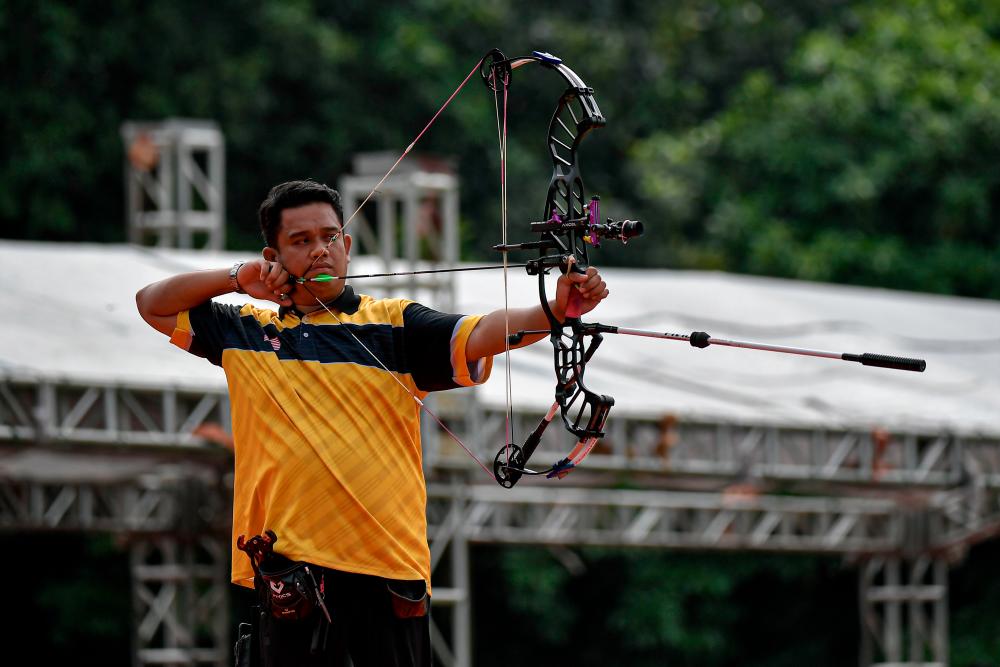 HANOI: The national men’s compound archery team missed out on winning their fourth straight SEA Games gold medal by the narrowest of margins - just one point - after losing 229-230 to Indonesia - at the Hanoi Sports Training Centre here today.

The defeat by the national trio of senior archer Mohd Juwaidi Mazuki(pix) and juniors Wong Co Wan and Alang Ariff Aqil Muhammad Ghazalli meant Malaysia have failed to defend the men’s team compound gold medal for the first time since the 2015 edition in Singapore.

“Based on training, we actually had a big chance here (to win gold) but it just wasn’t meant to be. So, I am very proud of the team although they are juniors. I hope they will do much better next time,” said Mohd Juwaidi.

He also refused to view the silver medal as a defeat but, instead described it as a test for them to work on their flaws.

“If we look at our scores in the final of the previous SEA Games, we did better this time and, usually, with such a score, we should have won but luck was not on our side. So, this is a good lesson for them (the juniors) on their debut,” he said.

Meanwhile, a tearful Alang Ariff, who had to be consoled by teammates following the heartbreaking loss, apologised to everyone for failing to help the team bag the gold medal.-Bernama