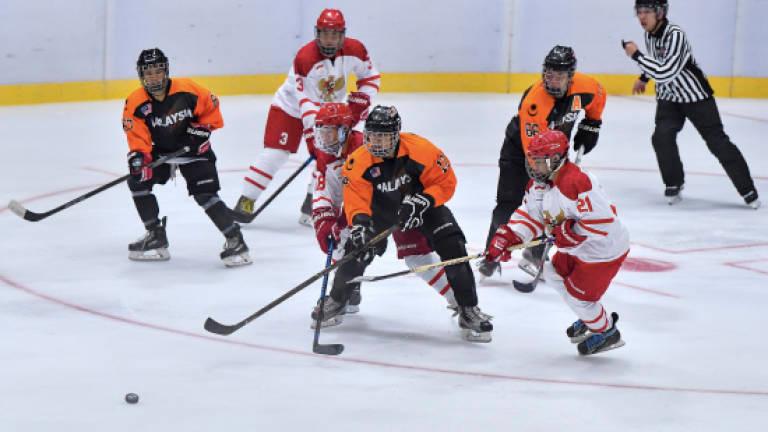 KUALA LUMPUR: It’s been a rough ride for the national men’s ice hockey team ahead of their debut at the 2022 IIHF (International Ice Hockey Federation) World Championship Division IV in Bishek, Kyrgyzstan, from March 3 to 9.

Not only the team has been hit hard by Covid-19, the virus has certainly taken a toll on their preparations especially the training sessions here, for the Kyrgyzstan’s outing.

Apart from the head coach, Gary Tan, who was appointed to helm the national team merely three weeks ago, five out of 20 players were tested positive for Covid-19.

“I couldn’t get much time to get to know my players as I was tested positive Covid-19 more than a week after I got appointed on Feb 6.

“The only thing I could do during my quarantine period was to coach them online instead of training physically on the ice ring...luckily, those who were tested positive are fine and can represent the country in Kyrgyzstan,” Gary told Bernama when contacted.

The hassle did not end there though.

After the tournament, which was supposed to be held in 2020, was delayed to this year, the 43-year-old coach lamented that the Movement Control Order which was enforced to contain the pandemic in the country before had restricted the squad’s preparation for the competition.

“While our players resumed their training last September, the other teams had prepared well for the tournament...some of them did not even go through lockdowns and train consistently as usual,” he added.

Furthermore, the former Indonesian head coach said the closure of their previous main training base, the Malaysian National Ice Skating Stadium (MYNISS) in Empire City Damansara which was equipped with the country’s only Olympic-sized ring due to the MCO, only rubbed salt into their wounds.

While the team will compete in the Olympic-sized ring in Kyrgyzstan, Gary said they had no choice but to continue training in the much smaller-sized ice skating rings in Sunway Pyramid and IOI City Mall instead.

Despite the adversity, the ex-national player said his charges are still raring to give their best shot and make the nation proud at the tournament.

“The preparations have been tough but kudos to my players as they have been working hard in training, be it online or physically,” he said.

Asked about his target, Gary pointed out that he’ll be elated if his team could register a win or two in the league-format tournament.

Not only that, Gary said he will ensure that Malaysia will give their opponents a run for their money in the competition which will be held at the Gorodskoi Katok rink in Bishek.

The Malaysian team, who will be flying off early tomorrow (March 1), will open their campaign against Kuwait on March 3, followed by hosts Kyrgyzstan (March 4), Singapore (March 7) and Iran (March 9).-Bernama