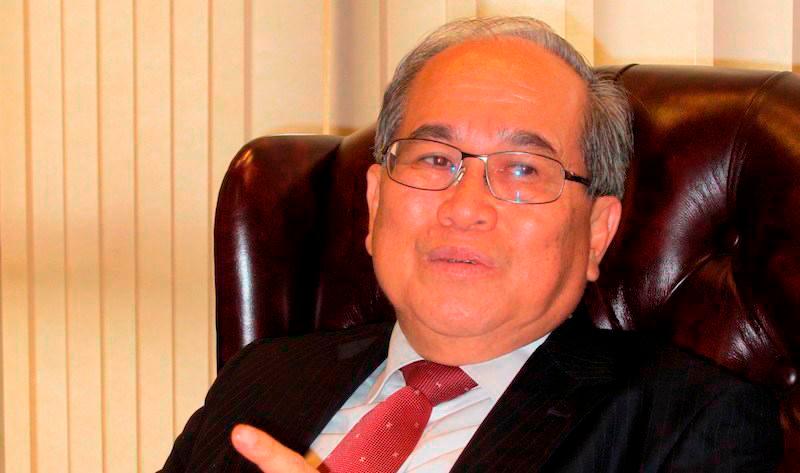 KUCHING: The Sarawak Ministry of Infrastructure and Port Development (MIPD) has been allocated RM795.711 million to undertake four basic infrastructure programmes next year.

Its minister, Datuk Amar Douglas Uggah Embas (pix), who is also the Sarawak Deputy Premier said from the figure, RM490.941 million had been set aside for land infrastructure, while another RM83.86 million for riverine infrastructure.

“(A sum of) RM167.41 million is allocated for (development of) government buildings and RM53.5 million for public buildings,” he said when winding up the debate on the state’s Budget 2023 for his ministry at the State Assembly sitting here today.

Uggah said the Sarawak Coastal Road Network would continue to be developed next year which involved the replacement of seven ferry crossings to major bridges, the construction of link roads and the upgrading of 331 kilometres (km) of the 896-km coastal stretch.

“For the construction of bridges and roads, 13 (work) packages have been awarded and are at various stages of implementation and are expected to be completed by 2025,” he said.

On the coastal road upgrading works, Uggah said eight of the 29 work packages had been completed with the remaining 21 packages being implemented in stages and expected to be accomplished by 2024.

He said for the Sarawak Second Trunk Road project, six of the 14 work packages are scheduled to be completed by 2025.

On the state’s ports development, he said the ports masterplan study will commence in the first quarter of next year with Miri Port Authority being selected as the pioneer.

He said Kuching Port Authority (KPA) had been allocated RM70 million to equip itself with quay cranes, RM30.5 million to install a Vessel Traffic Management System (VTMS) and RM56.9 million for a vehicle yard and associated facilities.

He added that an Aids to Navigation (AtoN) system currently being developed for Tanjung Manis Port had reached 90 per cent completion and is expected to be commissioned by the first quarter of next year.-Bernama