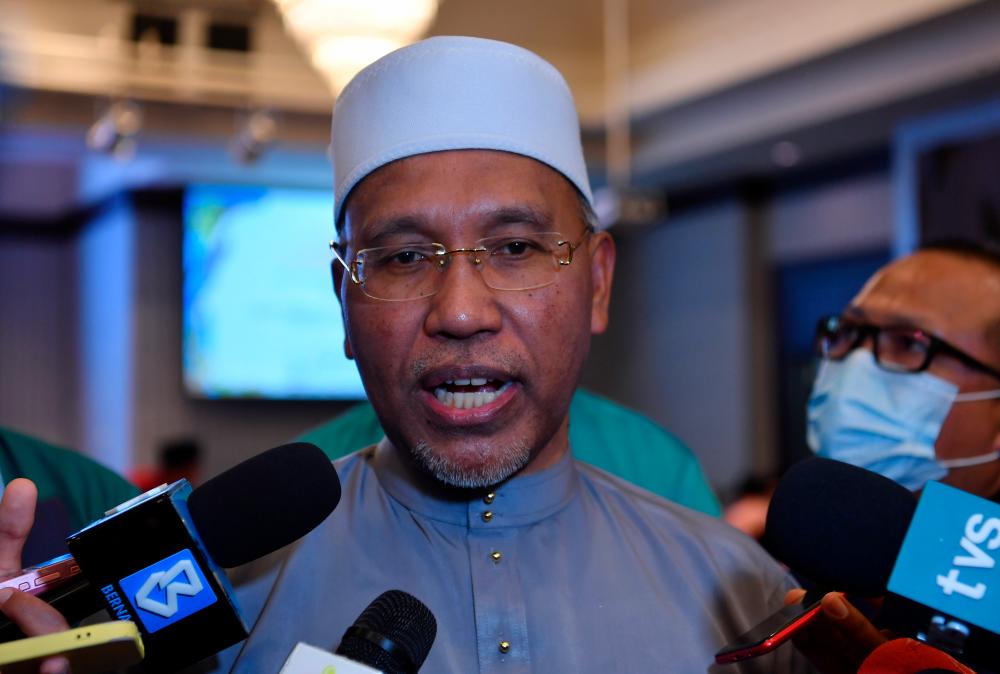 ALOR SETAR: Netizens or members of the public are urged to report directly to the state or district religious authorities if they know of any dubious talak or divorce pronounced via social media.

Minister in the Prime Minister’s Department (Religious Affairs), Datuk Idris Ahmad(pix) said this would enable the religious authorities to investigate the alleged cases.

“Don’t wait because if we get to know about such cases, InsyaAllah (God willing) we will take action,” he said at a news conference at the Kedah-level Multaqa Murabbi Ummah (MMU) 2022 programme, here, today which was officiated by Menteri Besar, Datuk Seri Muhammad Sanusi Md Nor.

Idris was commenting on DJ Wong or Noor Aziz Johari, 53, and his wife, DJ Sal, 43, reconciliating after he was said to have divorced her with talak tiga through a Facebook live broadcast last April.

On June 19, Harian Metro reported on the couple’s appearance on a live broadcast via the Sal Bollywood FB page, thus raising questions among their fans and followers over the controversy involving the couple’s relationship and marital status.

DJ Sal was reported to have referred talak issue to her own family members and Islamic religious experts who then informed that her husband’s divorce pronouncement was invalid.

Asked whether the couple was playing around with the Islamic religion, Idris said the incident might be due to their ignorance but the talak issue should not be treated lightly by Muslims and he hoped the religious authorities would call the couple for clarification on the issue.

Earlier in his speech, Idris said his department and the Malaysia Syariah Judicial Department (JKSM) had re-established the Syariah Court Empowering Committee last Wednesday which had ceased to function since 2018, towards strengthening the Syariah courts.

“This new committee is headed by former director-general of the Department of Islamic Development, Tan Sri Othman Mustapha, with 11 members to study and make recommendations to the government to further empower the Syariah courts in Malaysia,” he said.-Bernama Michael Jordan ‘Last Dance’ jersey to be auctioned in September

1.Boeing delivers first 787 Dreamliner in more than a year

4.US stocks surge as inflation eases more than expected in July