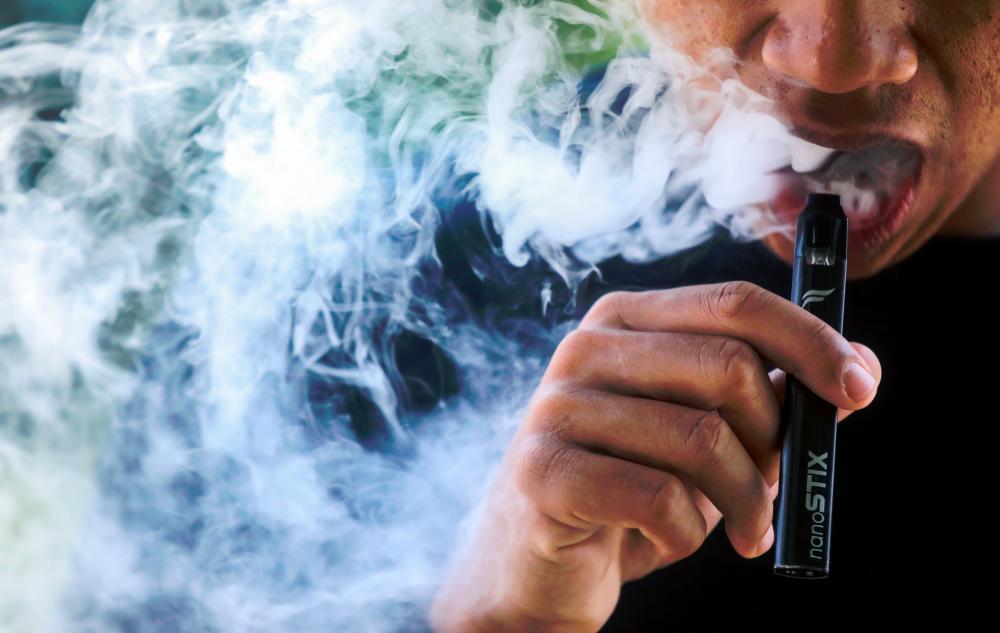 PETALING JAYA: Health Minister Khairy Jamaluddin warned in a TikTok video posted on Wednesday that the government had spent RM6.2 billion in 2020 alone to treat patients with smoking-related complications, and the figure could rise to RM8.8 billion by 2030.

However, the Vape Consumer Association of Malaysia insisted in a press release the same day that vaping is a “safe” alternative to smoking tobacco.

But three out of 60 patients with a history of using e-cigarettes tested by University Malaya Medical Centre researchers between January and November last year showed evidence of E-cigarette or Vaping Use-Associated Lung Injury (Evali).

The researchers warned this will add to tobacco smoking as a serious health concern in the years to come.

Khairy had previously said the cost to treat Evali patients was RM150,000 per person.

As it is, the Malaysian Medical Association said 20,000 people die from smoking-related complications annually, so the numbers will surely rise.

Furthermore, it has been reported the government could suffer RM273 billion in losses annually due to premature deaths from smoking-related complications if nothing is done to wean Malaysians off the habit.

She said when the lungs are injured as a result of complications caused by vaping, doctors will conduct emergency life-saving procedures, such as a thoracostomy or an effusion. The first procedure releases trapped air between the lung and the chest wall while the second releases water in the lungs.

“Evali is still a new medical complication caused to e-cigarette smokers, and the symptoms can overlap with other respiratory illnesses like pneumonia, influenza or Covid-19. Thus, the history of using e-cigarettes is important for the attending doctor to ascertain.

“Awareness on Evali is increasing, and we expect to see more cases of Evali in the next few years,” she told theSun.

Nur Amani warned that the chemicals and ingredients added to e-cigarettes cause damage to the tiny air sacs in the lungs, called alveoli.

“When these tiny sacs are damaged, they will not be able to expand the lungs, thus reducing the exchange of carbon dioxide and oxygen, causing breathing or respiratory problems such as coughing, shallow breathing and fatigue leading to reduced physical activity.

“Vaping can also worsen a patient’s asthma condition and may cause the vaper’s partner or spouse who is exposed to the exhaled chemicals to have uncontrolled asthma.”

Khairy said the Generational Endgame, or Tobacco and Smoking Control Bill, which was tabled on Wednesday for its first reading, can improve the health of the people and reduce health costs to the government.

“Families and communities will also live healthier as they are not exposed to second-hand smoke,” she said.

Nur Amani stressed the sale of vaping products must be controlled as it has contributed to more than 60 cases of e-liquid poisoning among children and toddlers, as young as four months old, as reported by the National Poisons Centre.

“E-liquids are being manufactured easily in Malaysia without tight regulations, and they are adding chemicals indiscriminately and irresponsibly.

“Many sellers declare their product as nicotine-free, when in fact almost 99% of e-liquids contain nicotine, which is the main ingredient needed to ensure addiction to the products,” she said.