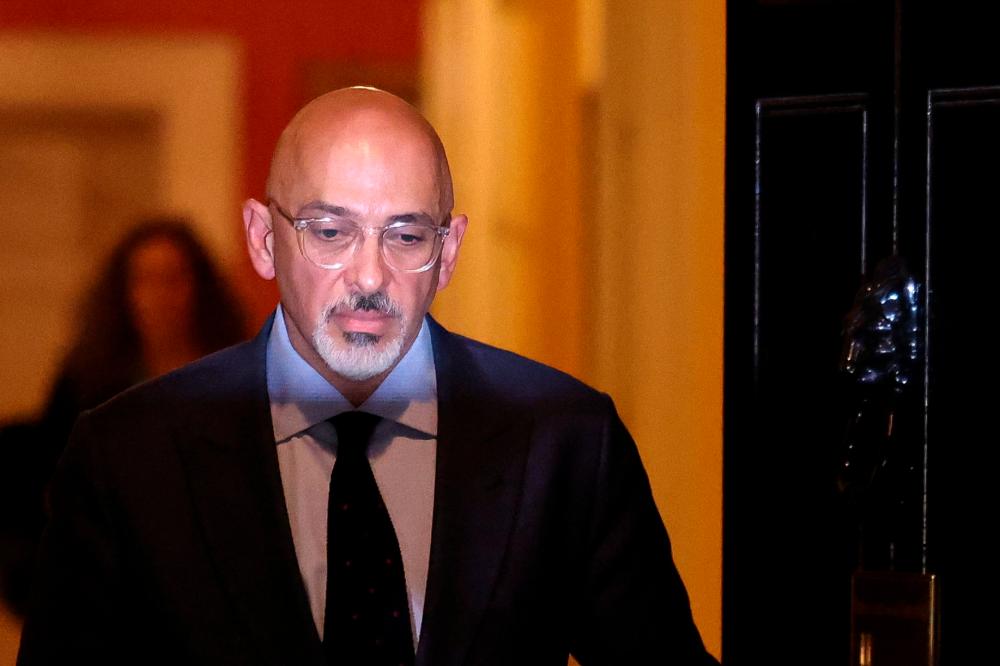 LONDON: Britain’s new finance minister Nadhim Zahawi takes the reins of an economy struggling under the strain of nearly double-digit inflation and a slowdown that looks set to be more severe than in most of the world’s other big nations.

Like his predecessor Rishi Sunak, Zahawi will face pressure to spend more and cut taxes from lawmakers in Prime Minister Boris Johnson’s Conservative Party who have been stung by a slump in the party’s popularity.

The former education minister – who co-founded opinion polling firm YouGov before entering parliament – will also be expected to play a key role in settling the still-unfinished business of Brexit with Britain and the European Union.

A stand-off over trade rules for Northern Ireland could yet lead to increased barriers for British exports to the bloc.

The International Monetary Fund forecast in April that Britain in 2023 faced slower economic growth and more persistent inflation than any other major economy around the world.

Since then, the value of sterling has fallen further and it hit a two-year low against the US dollar yesterday, which will add to inflation pressures building in Britain.

With the BoE raising interest rates and confidence slumping among households and some businesses, British gross domestic product shrank in April and is expected to contract over the second quarter as a whole.

Most economists think that in the short term it will avoid the technical definition of a recession - two consecutive quarters of contraction – thanks in part to the latest emergency cost-of-living support measures announced by Sunak in May.

But with growth likely to slow to a standstill next year, there have been calls by Conservative Party lawmakers for a cut to value-added tax in the autumn a move that would potentially cost tens of billions of pounds. That would add to Britain’s public debt pile that surged above £2 trillion (RM10.6 trillion) during the coronavirus pandemic and now stands at almost 96% of gross domestic product.

Johnson and Sunak were often reported to be at odds over how much more the government should borrow.

In his resignation announcement yesterday, Sunak – who frequently stressed the importance of fixing public finances – said it had become clear to him that his approach to running the economy was “fundamentally too different” to Johnson’s.

Sarah Hewin, senior economist at Standard Chartered, said shortly before Zahawi’s appointment that it was difficult to see how Johnson could continue as prime minister.

“If he does cling on, markets may expect more generous tax and spending giveaways now that Rishi Sunak has gone, which in turn would increase pressure for the BoE to do more, potentially providing some underpinning for sterling,” she said. – Reuters