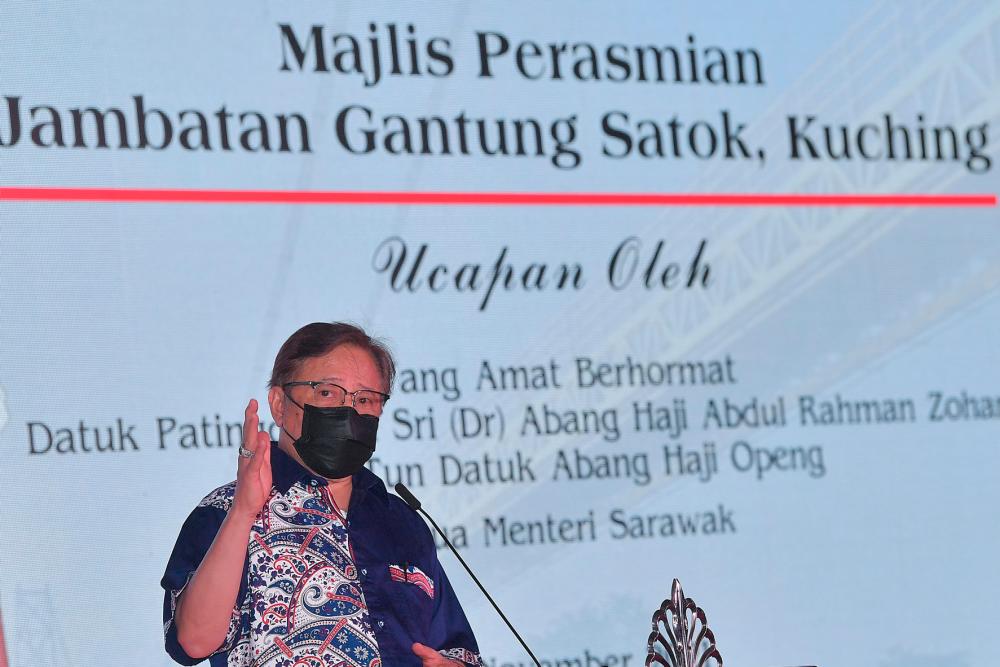 SUBIS: Niah Caves, inhabited by humans at least 40,000 years ago, will be upgraded while a buggy track will be created from Pangkalan Lobang to the main cave towards attracting more tourists to the cave site.

Sarawak Chief Minister, Tan Sri Abang Johari Tun Openg(pix) said the long-term upgrading project at the cave would not disturb the ecosystem there and be implemented in an environmentally-friendly manner.

He said it would also ease getting to the cave without the need to walk for about an hour to the site as the visitors could choose to instead use a buggy, powered by batteries as an environmental-protection measure.

Niah Caves are located on the northern edge of a limestone mountain, Gunung Subis.

“We know that Niah Caves have its own unique history. It will also become a global attraction and a centre of knowledge on human civilisation,” said Abang Johari when officiating at the Niah Waterfront Phase Two project, here, today.

He said said the project, when ready, would further boost economic development for the residents of Niah, Bekenu, Subis and Sibuti.

“That is why in the Sarawak Budget 2022, I have allocated 70 per cent for the rural areas from the RM10 billion development allocation,” he added.

According to him, RM5.2 million would be for the proposed construction of the Niah River bridge at the Niah National Park and the buggy trail to the main cave.

On the Niah Waterfront Phase Two, Abang Johari said the project costing RM2 million was fully completed last February and among the activities awaited by the residents here would be the Subis Regatta.

He added that among the development projects being and would be implemented were the Kampung Rambai Bekenu Waterfront costing RM5 million, Kampung Bulau Bridge (RM4.14 million), Batu Niah Market (RM2.8 million), and Subis Community Hall and public facilities (RM2.5 million).-Bernama